Chicago — Law enforcement agencies in Cook County, Illinois, released 1,070 illegal immigrant criminals and immigration violators in Fiscal Year 2019, despite requests by U.S. Immigration and Customs Enforcement (ICE) to notify the agency prior to their release from local custody.

“The most concerning issue about working in an area that refuses to cooperate with ICE is not only that we do not know which criminal aliens are being released from custody, but the public doesn’t know either,” said Henry Lucero, ICE’s acting deputy executive associate director for Enforcement and Removal Operations (ERO). “Because ICE does not have access to standard Illinois law enforcement databases, it’s difficult to accurately account for all the aliens who have been arrested, released and committed additional crimes. However, with the limited information ICE can verify, we know that police resources are being wasted, more people are being victimized, and it’s a matter of time until something more significant happens.”

The following are just two examples where ICE lodged immigration detainers with Cook County for criminal aliens who were arrested, released and rearrested in FY 2019: 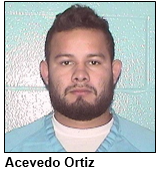 The following criminal aliens were released despite an active immigration detainer or are about to be released without notification to ICE under the county’s sanctuary policies: 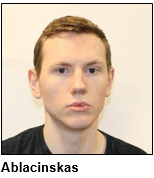 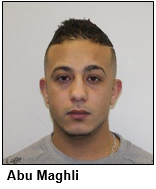 ICE lodges detainers on individuals who have been arrested on criminal charges and who ICE has probable cause to believe are removable aliens.  The detainer asks the other law enforcement agency to notify ICE in advance of release and to maintain custody of the alien for a brief period of time so that ICE can take custody of that person in a safe and secure setting upon release from that agency’s custody.

Congress has established no process, requirement, or expectation directing ICE to seek a judicial warrant from already overburdened federal courts before taking custody of an alien on civil immigration violations. This idea is simply a figment created by those who wish to undermine immigration enforcement and excuse the ill-conceived practices of sanctuary jurisdictions that put politics before public safety.