IAN is BATTERING THE FLORIDA PENINSULA WITH CATASTROPHIC STORM SURGE, WINDS, AND FLOODING…
…NEW WATCHES AND WARNINGS WERE ISSUED FOR NORTH AND SOUTH CAROLINA.

A tropical storm warning remains in effect for Marion County. A Flood watch is also in effect until October 1.

At 500 PM EDT, the eye of Hurricane Ian was located about 5 miles east of Punta Gorda, Florida.

Ian is moving toward the north-northeast near 8 mph (13 km/h).

On the forecast track, the center of Ian is expected to move across central Florida tonight and Thursday morning and emerge over the western Atlantic by late Thursday.

Maximum sustained winds have decreased to near 140 mph (220 km/h) with higher gusts. Ian is a category 4 hurricane on the Saffir-Simpson Hurricane Wind Scale.

Further weakening is expected for the next day or so, but Ian could be near hurricane strength when it moves over the Florida East coast tomorrow, and when it approaches the northeastern Florida, Georgia, and South Carolina coasts late Friday.

Tropical storm conditions are expected. Showers and possibly a thunderstorm. Some of the storms could produce heavy rainfall. Low around 70. The chance of precipitation is 90%. New rainfall amounts between 3 and 4 inches are possible.

Tropical storm conditions are expected. Showers and possibly a thunderstorm. Some of the storms could produce heavy rainfall. High near 75. The chance of precipitation is 90%. New rainfall amounts between 3 and 4 inches are possible.

Showers, mainly before 3am. The rain could be heavy at times. Low around 66. Very windy, with a northwest wind 18 to 25 mph, with gusts as high as 40 mph. The chance of precipitation is 80%. New precipitation amounts between 1 and 2 inches are possible.

A 40 percent chance of showers, mainly before 9pm. Mostly cloudy, with a low of around 63. Northwest wind 5 to 9 mph becoming light west after midnight. 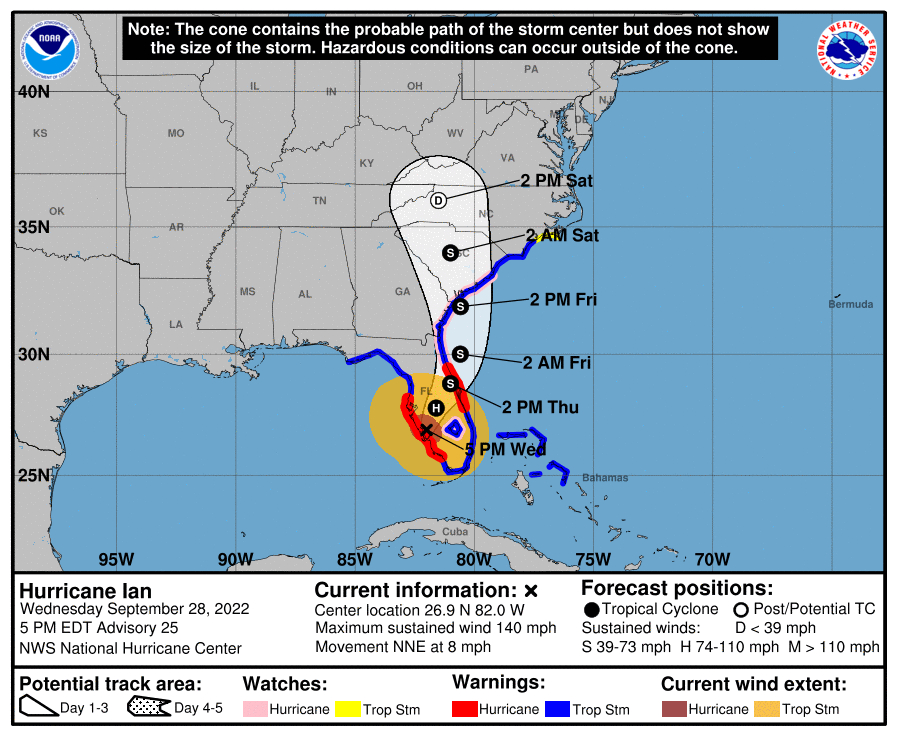