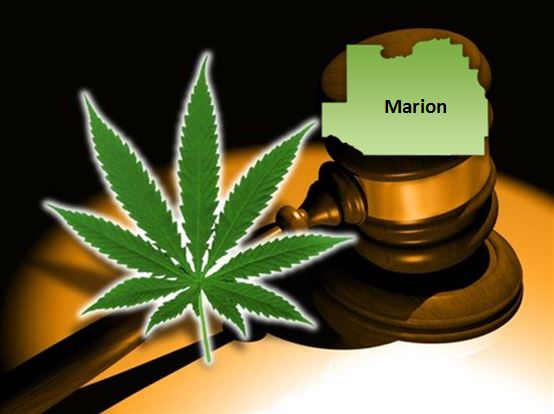 Marion County — In July, Ocala Post reported that commissioners in Miami-Dade County, Florida, were the first in the state to pass an ordinance allowing marijuana (http://bit.ly/1QlQDDj) possession to be treated as a civil offense.

At that time, Ocala Post asked readers if they felt Marion County should also adopt an ordinance decriminalizing the use of marijuana (anything under 20 grams) and the majority of you voted yes.

Becky Boland wrote, “Marijuana is not worthy of a criminal offense, the amount of money spent on inmates for these charges is crippling. Marion County should follow suit, but we probably won’t.”

Lori Zarzana Perkins wrote, “About time! Fill the jail with pedophiles instead of potheads. Let’s keep the jail space for the really bad people.”

Ocala Post reached out to the Marion County Board of County Commissioners and asked, “Would the BOCC ever consider decriminalizing marijuana possession for anything under 20 grams?”

Marion County Public Information Officer Elaine DeIorio McClain wrote, “Commissioner Arnett has been working with the Sheriff and others regarding a new ‘civil citation program’ that offers certain first-time arrestees of non-violent offenses the opportunity for a first arrest to be handled through a civil citation process.”

Ocala Post then informed the BOCC that passing such an ordinance is not the decision of the Sheriff. And even though law enforcement could possibly use their own discretion whether or not to arrest an individual for marijuana possession, as do many Florida law enforcement agencies; ultimately, it is the job of the BOCC to vote on such an ordinance.

Ocala Post also stated to the BOCC that they had not answered the exact question.

“The BCC will not determine the specific offenses applicable under the program we referenced. The specific item (marijuana) you’re writing on is not currently on the BCC agenda,” Public Information Officer McClain said. She went on to say, “That is a question for the Commission. We have forwarded your request to our commissioners, as they would be the ones to advise if they would consider it.”

In the meantime, Canadian investor Liam Ouellet, who was belittled for his name and opinion by the so-called experts on a Facebook political forum, said in a Letter to the Editor that Marion County has the highest incarceration rate in the entire state.

Ocala Post examined documents provided by Ouellet, and after consulting with the Florida Department of Law Enforcement, found his claims to be true.

According to the Public Policy Institute of Marion County, Inc., Marion County’s incarceration rate is 1.5 times the state average.

You can read the full document here (http://bit.ly/1QlKOG2).

Ocala Post has yet to receive a response from any of the Marion County Commissioners in regards to the marijuana ordinance.

We want to hear from you. What do you think about the  BOCC’s response?