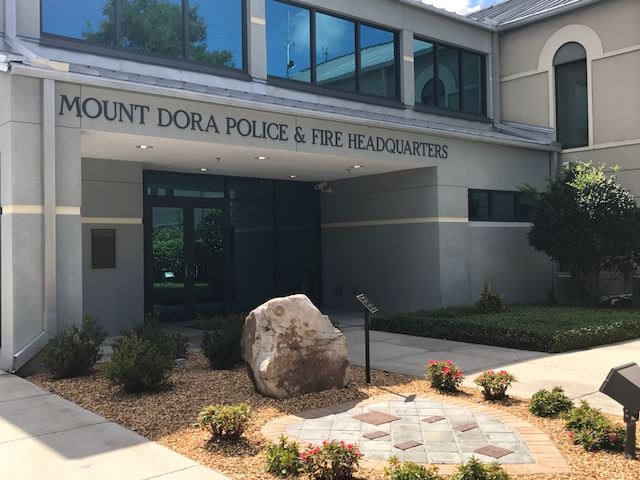 The complaints from citizens in Mount Dora, Florida, against the city and police are quickly piling up, and, according to state records, the city is no stranger to police corruption and government overreach.

In fact, in March of 2021, formal reports were filed against the police department citing a toxic and corrupt environment within the PD. Complaints that forced the then chief of police to be fired. The city has been through two police chiefs in a twelve-month time frame.

The department as a whole has a high turnover rate.

Most recently, On December 1, 2021, two Wal-Mart employees, who are both temporarily homeless, were sleeping in their vehicle when they were approached by a Mount Dora police officer.

Neither of the homeless citizens has criminal records and is new to the city.

During the interaction, the employees explained their circumstances and how their situation was temporary.

The employees said the officer then asked for their employee IDs to ensure that they were actually employed by Wal-Mart.

The individuals said that the officer let them off with a warning but warned they should “be careful” because they could be arrested for being homeless and sleeping in their vehicle inside Mount Dora city limits.

Both individuals said they have never had any interactions with police, but since relocating to Mount Dora a few months ago, they are harassed on a regular basis.

Many of the interactions have been captured on video.

As with previous questions directed to the City of Mount Dora, city officials absolutely refused to speak on the issue.

If Mount Dora officials continued on their path, they could face a federal lawsuit that critics say they are sure to lose.

In a 2019 report, the National Law Center on Homelessness & Poverty (Law Center) surveyed 187 urban and rural cities across the country and found that Ocala is one of seven cities that has “significantly increased” its ordinances for arresting and punishing the homeless.

The Law Center is the only national organization dedicated to using the power of the law to end and prevent homelessness.

“Through online research, we identified laws that restrict or prohibit different categories of conduct performed by homeless people, including sleeping, sitting or lying down, and living in vehicles within public space. We refer to these policies and their enforcement collectively as the “criminalization of homelessness,” even though these laws are punishable as both criminal and civil offenses,” the Law Center wrote.

In September 2019, Ocala Post reported that the Southern Legal Counsel, the American Civil Liberties Union of Florida (ACLU), and Ocala attorney Andy Pozzuto filed a federal class-action lawsuit against the City of Ocala on behalf of named plaintiffs Patrick McCardle, Courtney Ramsey, Anthony Cummings, and more than 200 homeless persons who the ACLU says has had their rights violated by the City of Ocala. View complaint.

“The city of Ocala has adopted and enforced unconstitutional ordinances as part of a deliberate campaign of arresting people in a broken-windows policing strategy called ‘Operation Street Sweeper’,” said Kirsten Anderson, litigation director for Southern Legal Counsel. “With Ocala Mayor Kent Guinn’s public endorsement, the city has been systematically enforcing its open lodging ordinance to make hundreds of arrests, imposing excessive fees and fines, as well as lengthy jail sentences.”

The report reads, “City officials frequently cite concerns for public health as a reason to enforce criminalization laws and/or to evict homeless encampments, a practice often referred to as a “sweep.” But such practices threaten public health by dispersing people who have nowhere to discard food waste and trash, to expel bodily waste, or to clean themselves and their belongings to more areas of the city, but with no new services to meet their basic sanitation and waste disposal needs. Moreover, sweeps often result in the destruction of homeless people’s tents and other belongings used to provide some shelter from the elements, cause stress, and cause loss of sleep, contributing to worsened physical and mental health among an already vulnerable population. Due to these harms, the American Medical Association and American Public Health Association have both condemned criminalization and sweeps in policy resolutions.”

The Law Center stated, “In Ocala, Florida, homeless people are strictly policed in accordance with Ocala’s draconian anti-homeless ordinances. It is illegal to rest in the open on public property, which has been heavily enforced by the city. The city’s “Operation Street Sweeper” and aggressive policing have even led to a federal lawsuit on behalf of three unhoused residents. These three plaintiffs have collectively spent 210 days in jail and been assessed over $9,000 in fines, fees, and costs due to enforcement of the trespass and unlawful lodging ordinance alone.”

The ACLU was confident that they would win the lawsuit against Ocala and they did.

“In April 2019, the U.S. Court of Appeals for the Ninth Circuit issued an opinion in Martin v. City of Boise2—a case filed by the Law Center, Idaho Legal Aid, and Latham & Watkins—
affirming that the Eighth Amendment of the U.S. Constitution prohibits enforcement of laws criminalizing sleeping, sitting, and lying down outside against people with no access to indoor shelter.”

In deciding the merits of the case, the Court concluded:

“[A]s long as there is no option of sleeping
indoors, the government cannot criminalize
indigent, homeless people for sleeping
outdoors, on public property, on the false
premise they had a choice in the matter.”

Chelsea Dunn, an attorney with Southern Legal Counsel, said.“These are people who need support, housing, jobs, and services.”  She went on to say, “Instead, they are caught in a seemingly never-ending cycle of jail, debt, and other collateral consequences. The city of Ocala needs to provide adequate shelter and social services instead of trying to solve homelessness through arrests and harassment.”

In many cities, citizens have been arrested for feeding the homeless.