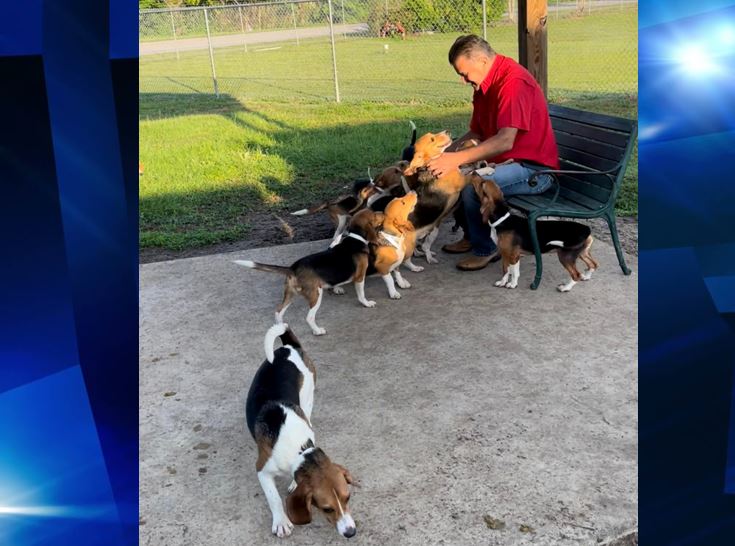 “We usually like to maintain our life-saving endeavors and transports locally or at least in the state of Florida. But when the Humane Society of the United States reached out, it was time to step up to the plate! Thank you to the HSUS for taking on such a huge responsibility and reaching out to us,” said HSMC.

HSMC, said, “We used our largest vehicle and traveled to get the Beagles.”

The 15 Beagles arrived late in Ocala on August 18 and are now safe and sound in their kennels.

Federal officials said when the beagles were in the care of Envigo that the dogs were underfed, living in squalor, and were not receiving proper medical care.

DOJ officials, said, “Some of the dogs were being euthanized without anesthesia.”

“We were fortunate enough to be one of the three shelters in Florida to receive some of the 4,000 Beagles. All the Beagles we received are male and all seven months or under,” said HSMC.

While in the care of HSMC, the beagles will receive a spa treatment, neuter surgeries, socialization, and proper medical attention.

The beagles will not be available for at least two to three weeks.