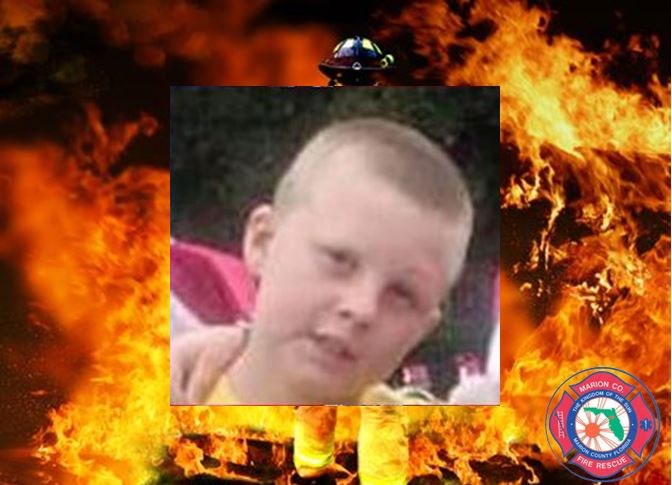 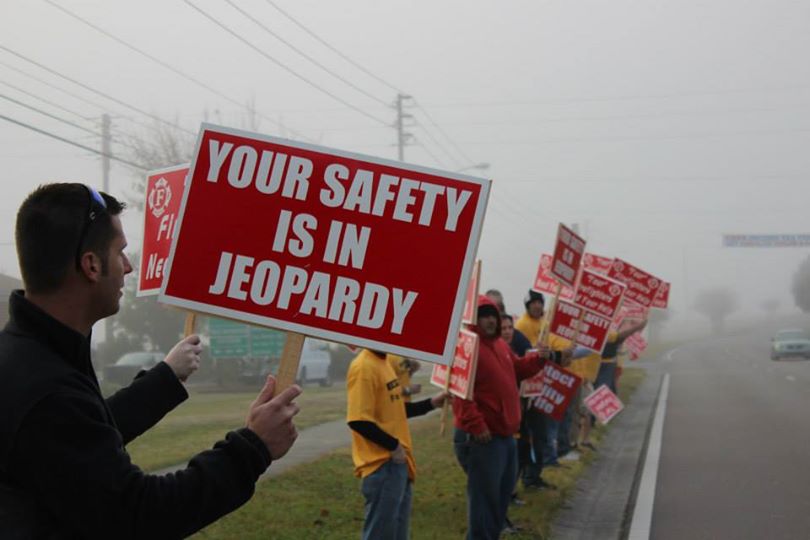 Marion County — It has been nearly one month since a mobile home fire claimed the life of 9-year-old James Atkinson Jr., and questions still remain over the response times of firefighters to the emergency.

The closest fire station to the home, located at 14675 Northeast 206th Lane, Hog Valley, was station 8, an all-volunteer fire station which was three miles away.

It would have only taken 5-minutes to get to the scene from station 8, which is the national standard response time set by the National Fire Protection agency.

However, no one came to fight the fire from that station.

Reports show that the volunteer firefighter for that station was in the City of Ocala asleep — without his pager. The volunteer had been mourning the loss of his wife. Regardless if the firefighter was a volunteer, what does that say when a person cannot even take time off to mourn a loved one?

Records show that the first to arrive to the deadly fire were career firefighter paramedics from fire station 7 located in Fort McCoy, which was over 11.5 miles away. Information obtained by the Ocala Post showed they arrived as fast as they could at 14-minutes and 28-seconds. Sadly, by the time they arrived the home was completely engulfed in flames.

James Atkinson Sr., who was sleeping, was alerted by a roommate after she smelled smoke. While awaiting firefighters, the boy’s father, Atkinson Sr., was able to get his wife, Renee Atkinson, their son Skylar Atkinson, 2, and roommate Angelica Nowak out of the home. Tragically, despite his best efforts, Atkinson Sr. was unable to rescue their other son. Officials said the father’s feet were burned and his hands cut from glass from trying to get his son out of the home.

However, the ambulance, Rescue 7, was not at its station covering the area for emergencies. Records show that the unit was 25 miles away on stand-by, just outside Ocala city limits, awaiting potential emergency calls for the residents of Ocala.

Information obtained by the Ocala Post showed that this, too, has become a common practice: placing fire-based ambulances from all over the county temporarily inside the City of Ocala. This not only jeopardizes the health and safety of the citizens residing in the areas those rescues cover, but it is a disservice to the taxpayers who live in that area paying for Fire and EMS protection.

Areas constantly robbed of their firefighter paramedic staffed ambulances include Rescues 21 and 521 in On Top of the World; Rescues 18 and 518 in the city of Belleview; Rescues 31 and 531 in the Dunnellon area; Rescue 28 in Rolling Greens near Baseline and Maricamp; Rescue 19 in Sparr; Rescue 1 in Anthony; Rescue 7 in Fort McCoy; and Rescue 16 in between Ocala and Belleview.

In addition to Rescue 7 being in the City of Ocala, only two firefighters were aboard the engine that initially responded that night. This is because the crew was split so the third man could drive the tanker, a specialized firefighting apparatus designed for transporting water from a water source to a fire scene.

That unit took 23 minutes to arrive due to its weight and inability to move fast. With only two firefighters initially on scene, a very limited amount of work could be accomplished. The only task that could be performed was making sure the fire did not spread.

Studies performed by the National Fire Protection Agency, the National Institute of Standards and Technology, United Laboratories, and the International Association of Fire Chiefs show that initial crew size as well as response times matter when it comes to rescuing victims and getting fire scenes under control.

These studies show that when a house catches fire, depending on conditions, the 10- to 15-minute mark is when the heat causes everything to combust at once; making the event nearly impossible to survive. The studies also show that being able to quickly get water onto a fire-consumed room greatly reduces the heat in the entire building, Thereby increasing the chances of a victim’s survival. Furthermore, while it takes crews of two to get a fire under control in 22 minutes, a crew of six could get the same fire under control in less than 14 minutes.

Unfortunately, the County Commissioners are still dragging their heels on these issues. And because of their inaction, the fire rescue department is still in deficit spending, is understaffed, and is experiencing an exodus of experienced Firefighter Paramedics.

Records obtained by the Ocala Post show that since the beginning of March, MCFR was forced to shut down for the day at least one ambulance — 11 out of the last 41 days, or 26 percent of the time. This comes on the heels of MCFR being forced to close down Squads 21 and 16 due to being understaffed. These units provide initial advanced life support care to patients while awaiting an ambulance, as well as performing in HAZMAT and technical rescue operations.

Last year, Fire Chief Stuart McElhaney told the commissioners that in order to rectify response time issues the county would need an additional five ambulances staffed 24-hours daily. But commissioners did nothing.

Last January, the fire chief told commissioners that in 2016 the department would not only be out of money, but also $3 million dollars in the hole. Yet, Commissioner Stan McClain recently stated that all departments are to hold the line on tax rates.

While the past cannot be changed, officials should be able to learn from these events and make improvements.

What will it take to make commissioners understand? One life? Two lives? An entire family?

A logical person could conclude that one life lost, is one too many.

And as Ocala Post has reported multiple times: sadly, it is the citizens of Marion County that, in the end, will pay the ultimate price.

The investigation into the cause of the fire is ongoing.