Ocala, Florida — The Ocala Police Department is still asking for the public’s help with a suspicious death investigation.

Detectives say that on March 20, at approximately 10:17 a.m., officers responded to 1982 Northwest 22nd Street in reference to a dead body.

According to reports, when police arrived they found Quilla Donerson, 33, deceased.

Major crimes detectives originally said that Donerson’s death was considered suspicious, but on March 22, investigators upgraded the suspicious death to a homicide

An autopsy was completed, but the cause of death has not been released.

Toddler who was run over in driveway, identified 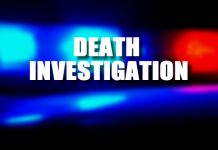