Ocala, Florida — Since it began playing volleyball in 2011, the College of Central Florida volleyball team has made an impact on the national scene.

With three trips to the NJCAA National Tournament and a state championship in 2012, the Patriots have been a force to be reckoned with under coach Flavia Siqueira.

Several players who were part of past success at CF will be back at Patriot Gym for the alumni scrimmage against the current Patriot team this Saturday, August 1 at 2 p.m.

The event is free and open to the public.

Benke was named the NJCAA National Female Athlete of the Year after her sophomore year while Brown joined her as conference player of the year.

Golston and Montalvo earned first-team all-conference honors and helped the Patriots to the state championship in 2012, while Toney, Wyborny and Pinder, a first-team all league pick in 2011, were also part of the opening surge for the program.

CF’s regular season home opener will take place on September 29 against Florida State College at Jacksonville. The match against FSC-J is one of the seven home contests for the Patriot volleyball team.

CF will kick off the regular season on the road versus Pasco-Hernando State College on August 24 at 6 p.m. 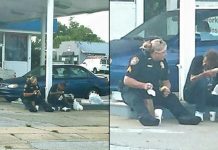 Federal lawsuit filed against the City of Ocala, criminalizing homelessness