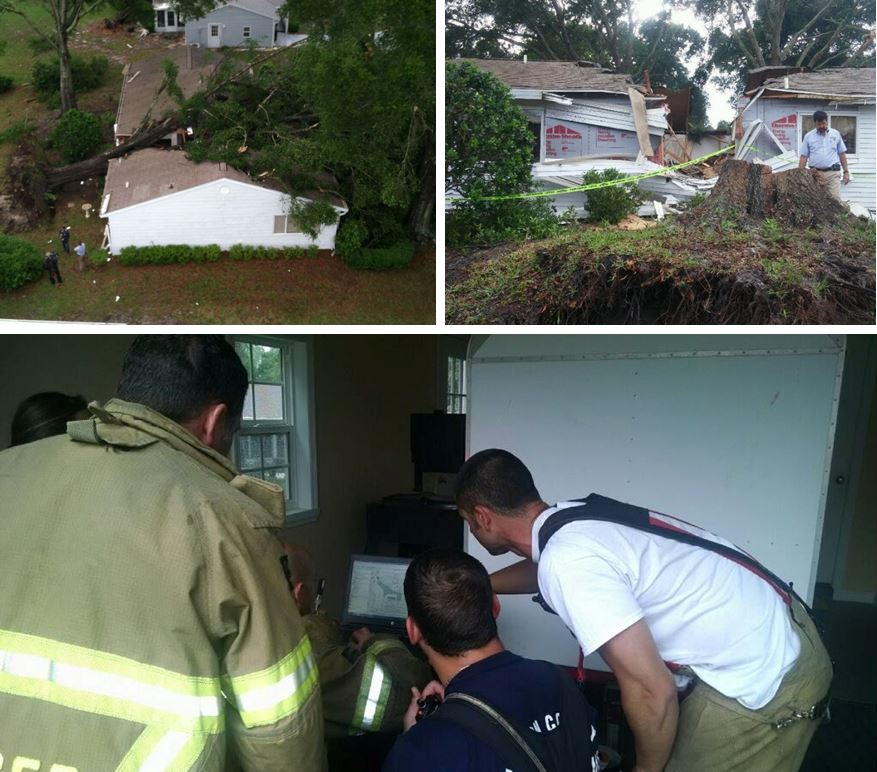 Ocala, Florida — Marion County Fire Rescue specialty units had a delayed response to the EF-1 tornado that touched down Monday in the Palm Cay and Oak Run subdivisions, located off SR 200.

Approximately 50 homes were damaged and at least a dozen more suffered major damage.

According to the National Weather Service, an EF-1 tornado has the ability to produce winds between 86 and 109 mph.

Upon arrival, firefighters had to cut a path through downed trees in order to gain access into one of the subdivisions.

According to reports, the first fire station to respond was Station 21, located near the On Top of the World community at SR 200 and SW 80th Avenue. This station is home to MCFR’s Technical Rescue Team, whose members are specially trained in the area of structural collapses and urban search and rescue. The team also has specialized equipment to deal with emergencies such as tornadoes.

However, these specially-trained firefighter paramedics were forced to have a delayed response to the tornado-damaged area.

At the beginning of March, Marion County Fire Rescue shut down Squad 21 due to persistent staffing shortages and budget deficits. Squad 21 is an advanced life support first response unit that also carries much of the technical rescue equipment, including the specialty GPS devices used by firefighters to perform grid searches through devastated areas.

Instead, these firefighter paramedics were on standby for medical emergencies on a street corner, miles away in the city of Ocala, near SW 27th Avenue and SR 200.

Ocala Post reported last week that this has been a constant problem with firefighter-staffed ambulances. Because of these staffing shortages, county ambulances are being placed inside the City of Ocala, leaving residents of Marion County at risk. This also happened the night of the tragic fire in Hog Valley, when the ambulance for that area was placed in Ocala, more than 20 miles away from its station.

At 3:36 p.m., the ambulance was called from the street corner where it was located. The crew was instructed to proceed back to their station with emergency lights and sirens activated, which took 9 minutes. By the time they were able to get to the tornado ravaged communities, 20 minutes had passed.

The firefighters union said it hopes that this would serve as an additional wake-up call in regards to staffing shortages related to low pay and budget deficits. They said that these issues need to be addressed sooner rather than later.

“We are very thankful (and lucky) that no one was injured during this event,” Professional Firefighters of Marion County Public Relations Director Ryan O’Reilly said.

The Professional Firefighters are still under negotiations with the Marion County government to bring back staff to station 21 and are awaiting federal mediation over the issue.

In documents obtained by the Ocala Post, Deputy Chief Paul Nevels previously stated that the reduction of staff at this station is only a temporary move. However, other documents showed that this claim might be less than accurate.

In a public records request regarding this so-called temporary staffing plan, Nevels stated, “Most simply put, there is no record or agreed-to plan by the Fire Chief or designee as to when we expect to place these units back in service full time.”

O’Reilly said, “We are proud of the efforts and accomplishments our firefighters, paramedics, and EMTs are able to make on a daily basis with the resources and staffing levels we currently have.” 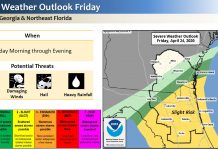