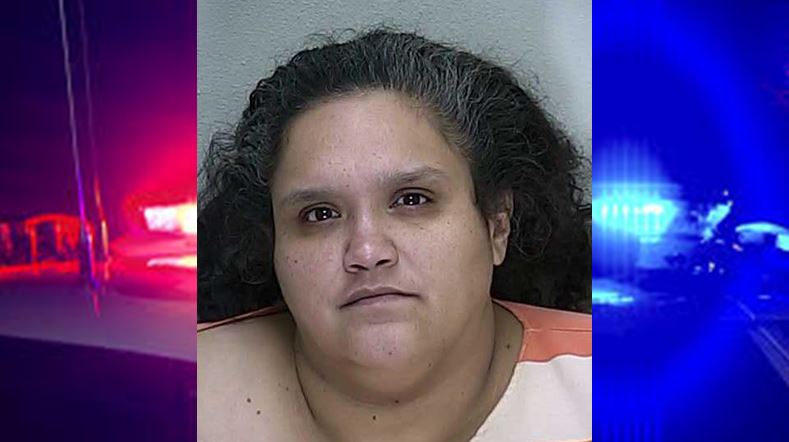 Ocala, Florida — A Building Blocks daycare teacher was arrested after an investigation revealed she had been physically abusing a juvenile who was living with her.

Ocala Police Department investigators received a call about a juvenile female who had been battered.

Upon arrival, police realized that the victim only spoke Spanish and requested an interpreter.

The victim told investigators that she was raised by her grandparents in Puerto Rico, and had only been living with the suspect, Denisse M. Garcia, 36, for approximately eight months.

The victim said that on November 10 [she] was “highly upset” and had expressed that she wanted to go back to Puerto Rico. She said that’s when Rondell McClinton, whose relationship to the juvenile was not disclosed, grabbed her by the shirt and escorted her outside. She said he then slammed the door and locked her out.

Approximately 15 minutes later, the victim was allowed to reenter the house, but was told to stand in a corner with her arms above her head.

According to the arrest affidavit, approximately 40 minutes after the juvenile was told to stand in the corner, Garcia arrived home.

The report states that Garcia walked into the house, sat down on the couch, and then instructed the victim to sit in front of her on the floor.

The victim told police that as soon as she sat down, without warning, Garcia punched her in the mouth.

During the course of the interview with the juvenile, investigators learned that she had sustained multiple injuries over the course of an eight month period.

Investigators reported that the victim had multiple bite marks about her body — all in various stages of the healing process.

In September, the juvenile had been bitten so hard that she missed an entire month of school while waiting for the injuries to heal.

Garcia was arrested and charged with Aggravated Child Abuse. She was released on a $5,000 bond.

Ocala Post reached out to Building Blocks daycare, but was unsuccessful.

Garcia’s relationship to the juvenile was not disclosed.