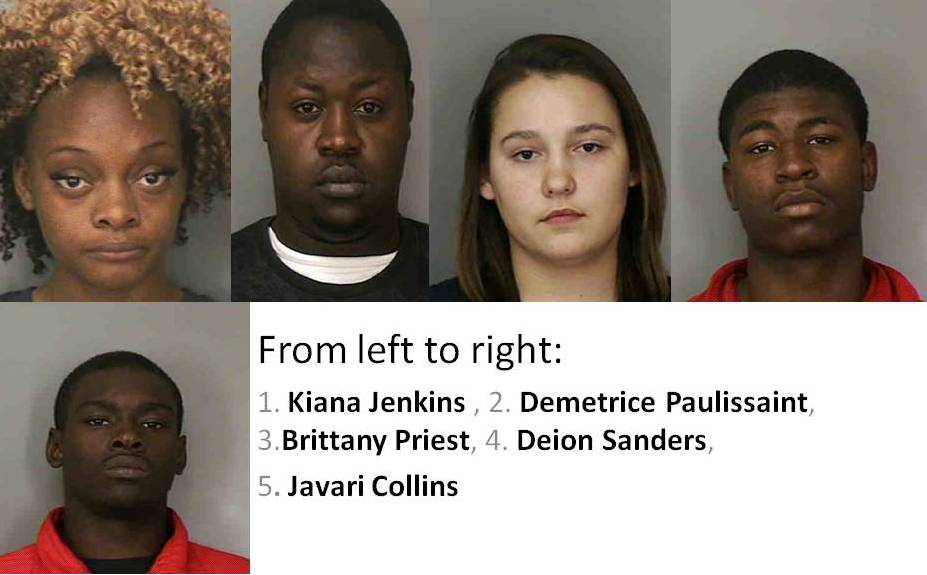 Lakeland, Florida — Winn-Dixie, a supermarket known for scamming consumers during their BOGO sales, experienced a scam directed at the company via employees today.

“We have developed a great relationship with retailers in Polk County to fight theft, however it occurs. Whether they are dishonest employees or shoplifters, we are going to hold thieves accountable who steal from retailers and drive up prices for honest customers.” Grady Judd, Sheriff

Management at the Winn-Dixie Supermarket located at 1305 Ariana Street in Lakeland, discovered a series of cash shortages in October and November of this year.

According to reports, an investigation revealed that employees were knowingly re-using Coinstar kiosk receipts turned in to cashiers in order to steal cash from the stores.

Customers use a Coinstar kiosk located inside the Winn-Dixie Supermarket to convert loose U.S. currency coins into a receipt (minus a service fee), which is then given to a cashier who provides U.S. currency in the amount of the receipt to the customer. Cashiers are supposedly trained to mark through the receipt after consumers are paid and then the receipt is placed inside the register so the transaction could be accounted for when the register drawer is closed and counted.

Winn-Dixie asset protection team members conducted an internal investigation and discovered seven employees were involved in a scheme to use the Coinstar receipts multiple times to steal money from the store.

Through the course of the investigation it was determined the following Winn-Dixie employees conducted fraudulent transactions:

All have been charged with Obtaining Property By Fraud (Under $20,000) which is a Third Degree Felony. Video footage of the fraudulent transactions has been collected. All seven defendants confessed to deputies to engaging in the fraud and depriving the victim (Winn-Dixie Supermarkets) of the money.

Juvenile photos have not been released at this time.