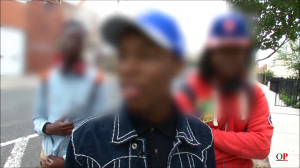 New Jersey — Thugs and ignorance, a combinations authorities say can be a deadly mixture.

A new real life “game” is sweeping America, a game that was invented by a group of black teens in New Jersey, It is called KnockOut AKA Point’em Out Knock’em Out.

The rules are simple: an innocent victim is targeted by a cowardly teen and when the victim is not expecting it, the teen slams the victim in the face as hard as they can. The goal: to knock the victim out with one punch.

Authorities say several victims have died as a result of the game including one homeless man, and several arrests have been made. Three teens that have been arrested were charged as adults and are facing serious prison time, according to reports.

Parents of the accused teens claim it is just “kids being kids,” a harmless prank. However prosecutors from the State Attorney’s Office are not laughing, they say if parents are caught encouraging the “game” then parents will be arrested as well.

Authorities say the ignorance of the teens playing this game is jaw dropping. “It is a clear reflection of how they were raised, they are acting like wild animals in the jungle preying on the wounded and the weak,” said one report.

Other groups are blaming video games such as Grand Theft Auto, whatever the blame one thing is for sure, this is definitely a game where there are no winners.

Be warned the video you are about to watch contains violence.