A 15-year-old South Florida boy has now been charged as an adult in the shooting death of a real estate agent.

Ft. Lauderdale Police say that the teen, identified as Henry Lee Lewis III, approached Stefano Barbosa with a gun, forced him into a car, and ordered him to drive to a Bank of America.

Once at the bank, Lewis forced Barbosa to make two withdraws — each was in the amount of $500.

When the two got back into the car, the teen told Barbosa to drive. As the vehicle traveled down the road, Lewis shot Barbose twice in the upper chest. The vehicle then plowed through a chain-link fence, slammed into a tree, and coasted to a stop.

Lewis fled the area on foot.

Authorities say Barbos was a prominent, well-educated businessman who was a pillar to the community. They said he had literally just obtained a signed real estate contract with a client when the teen who approached him ended his life.

Barbosa, 37, used to be an accountant before he began investing in real estate and ultimately became a successful real estate agent. He held multiple college degrees. 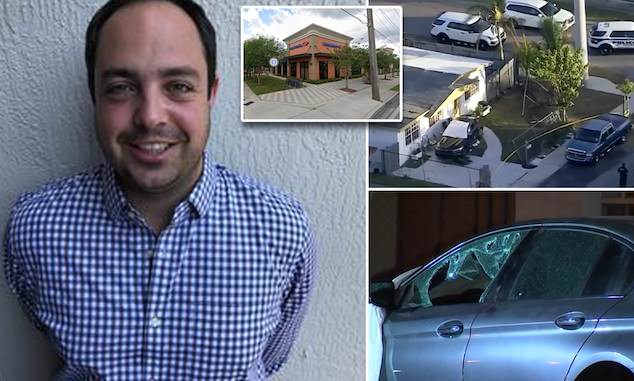 Surevelince photos and videos from the bank were released to the public, and despite the boy wearing a dark-colored ski cap and dark clothing, someone recognized him and turned him in.

Police said Lewis was a student at Cross Creek School in Pompano Beach, a school for kids with severe behavioral problems and that, three school staff members identified Lewis from the videos.

On March 6, Lewis went before a judge for the first time.

According to transcripts, Broward Judge John Murphy stated, “I know you’re only 15 years old, but you’ve been charged as an adult with a first count of murder while engaged in a robbery with a firearm…these are not bondable offenses.”

Officials said Lewis was “very smug” through the entire process and did not show any remorse.

Additionally, police said that Lewis, despite being 15, has a lengthy criminal record and is no stranger to violence.

Lewis was 12 when he committed his first robbery with a firearm. Following that arrest, he was arrested dozens of other times for burglary, battery, beating a 65-year-old, battery on law enforcement, just to name a few.