Five are in custody and two are at-large.

FDLE began its investigation on March 22, 2014, after two inmates were shot with a .25 caliber Beretta semi-automatic pistol inside Columbia Correctional Institution in Lake City. Inmates Kirk Cartwright, 33, and Deshandre Billups, 26, told investigators they were shot by an unknown person while praying inside their cell. However, investigators found that the inmates conspired to bring a gun into the prison through the mail, and shoot themselves with the intent of suing the prison system.

The investigation shows that inmates Cartwright and Billups smuggled contraband items into the prison without detection of Columbia CI staff. The pair routinely smuggled in cell phones and drugs they sold to other inmates or kept for themselves. Family members and friends of the two inmates, along with inmate Tony Underwood, 21, helped in the scheme.

Even though the inmates are know to smuggle items into the prison and all mail is supposedly screened prior to inmates receiving it, the guns still made their way into the hands of the inmates.

Inmate Kirk Cartwright – Investigators found that Cartwright conspired to obtain a gun inside Columbia CI, intentionally shoot himself and then sue Department of Corrections and seek to have his sentence reduced. Cartwright is currently serving a life sentence for murder.

Inmate Deshandre Billups – Investigators found that Billups conspired to obtain a gun inside Columbia CI, intentionally shoot himself and then sue Department of Corrections and seek to have his sentence reduced. Billups is serving a 20-year prison term for robbery with a deadly weapon and armed burglary.

Both inmates are charged with:

Inmate Underwood- Investigators found that inmate Underwood assisted in the distribution of contraband into Columbia CI. He is serving a six-year prison sentence for burglary and grand theft.

Inmate Underwood is charged with:

Joanne Billups, 46, –Investigators found that inmate Billups’ mother knowingly communicated with her son via cell phone and text messages and that she sent at least 10 text messages in the days before the shooting including one less than two hours before the incident. Billups was arrested this morning and booked into Hillsborough County Jail on a $100,000 bond.

Ekecia Anderson, 21, – Investigators found that Anderson knowingly communicated with her boyfriend, inmate Underwood, via cell phone and text messages. An arrest warrant has been issued for Anderson.

Monique Thompson, 35, – Investigators found that Thompson knowingly communicated with her brother, inmate Cartwright, via cell phone and text messages. An arrest warrant has been issued for Thompson.

Billups, Anderson and Thompson are charged with unauthorized written communications with inmates, 10 counts each.

The Florida Department of Corrections is assisting FDLE with its investigation. The Office of the State Attorney, 3rd Judicial Circuit, is prosecuting this case.

The investigation is on-going and additional arrests and charges are anticipated. 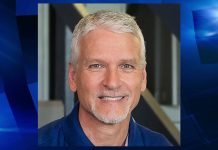