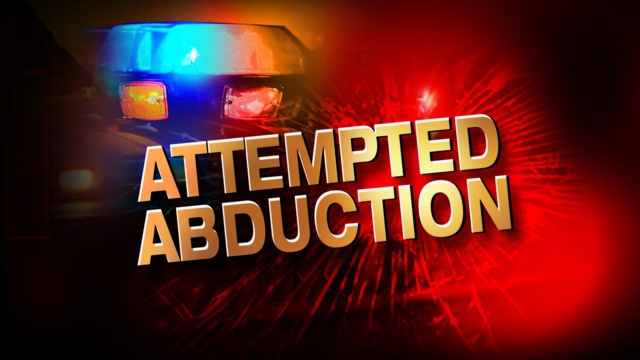 [Last updated on November 29, 2016, at 6 p.m., to include a statement from the Marion County Public Schools system.]

Ocala, Florida — An Osceola Middle School student said she was targeted Monday by two men as she waited for her mother to pick her up after school.

Ocala police said the girl was sitting at the northwest corner of 520 Southeast Sanchez Avenue waiting for her mother.

The girl said that she waits for her mother at the location every day and that, there are usually other students with her. However, she was alone on Monday.

According to reports, at approximately 2:15 p.m., a silver four-door car was driving south on Southeast Sanchez and stopped at the stop sign.

Police said the driver, a white male with blonde hair and a short beard, who was also wearing square-rimmed reading glasses, began to stare at the student.

The girl told police that the man asked her if she was bored; to which she replied, “No”.

The man then asked her if she needed a ride.

The girl replied, “No, I am waiting for my mom.”

The girl told police that after she told him “no” the second time, he just kept staring at her.

The report states that the girl told the man, “You can leave now.”

The man then replied, “Get in the Car.”

The girl then got up and began to walk southbound on the western sidewalk of Southwest Sanchez Avenue.

She then stated to the driver, “I am calling my mom.”

The man then turned east on Southeast 6th Street and circled back around.

According to reports, the man pulled up behind the girl and began to follow her while talking on his cell phone.

She said the second vehicle abruptly pulled in front of her and cut her off.

The girl told police that the driver, a white male, was also on his cell phone.

According to police, the girl ran westbound on Southeast 8th Street towards Eighth Street Elementary.

The girl said that when she arrived at the school, the man disappeared.

She told police that she then walked back to Osceola Middle School, where she called her mother.

Police canvassed the area, but did not locate any suspects. Police also questioned residents to see if anyone had witnessed the incident, but were met with negative results.

Police said the silver vehicle might have a pink license plate border around the tag.

Ocala Police are aware of the incident which happened a few blocks away from the Osceola Middle School campus.

Principal Suzette Parker sent a Skylert (automated) phone, email & text message to all parents giving them a heads up and encouraging them to talk with their children.

We obviously want parents to be cautious of this incident and hope they will urge their kids not to interact at all with strangers.  The safest place for students to wait after school is on campus where supervision is provided.  Parents can use the well-established car line to remain in a safe position to pick up their kids.

The following is the e-mail that was sent from the school to parents: 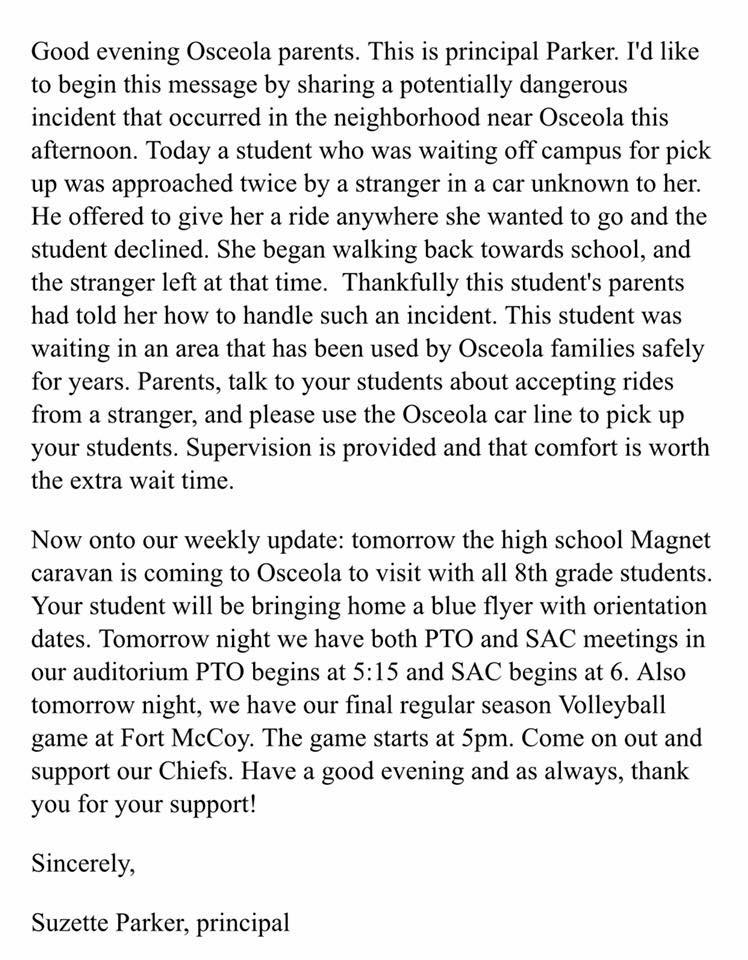 Following the incident, many parents expressed their concern with how the situation was explained to them.

Ashley Boutwell wrote, “Why is this story changing so much from what the school reported to the parents yesterday?? I think we are entitled to know the details up front.”

OPD told Ocala Post that they have increased surveillance in the area where the incident occurred. 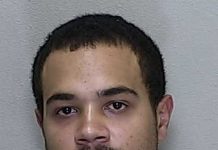 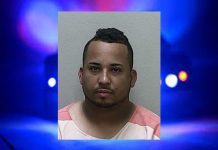 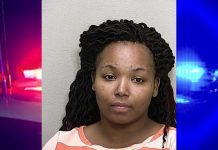 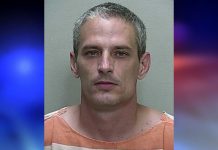 Man had pornographic magazines on a school campus 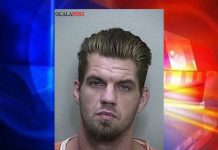