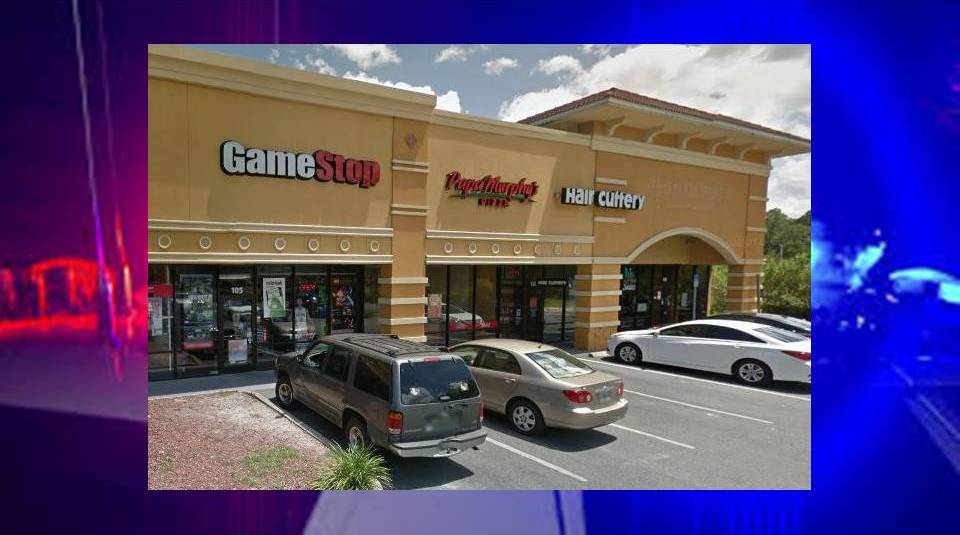 On Sunday, Ocala police responded to the GameStop, located at 4920 East Silver Springs Boulevard, after an employee reported that he had been robbed.

The employee had just closed the store for the night when he was approached by two individuals — one male and one female — in the parking lot.

The employee told police that he had just entered his vehicle when a car with the two occupants pulled up.

According to reports, the female suspect exited the car and approached the driver’s side window of the victim’s car. She then pulled out a handgun and ordered the victim to exit his vehicle.

Once outside the vehicle, the suspect forced the man to empty his pockets.

The female the grabbed the man’s wallet, returned to her vehicle, and the two suspects drove off.

The male suspect was described as a heavyset Hispanic, approximately 5 foot 9 inches tall and weighed approximately 215 pounds. He is possibly in his early to mid 20’s. He has short black hair and was wearing a blue shirt.

The female was described as white, heavyset, in her late 40’s, and had shoulder length blonde hair. She was wearing a black and white checkered flannel hooded jacket.

Ocala police would not release a description of the vehicle at this time.