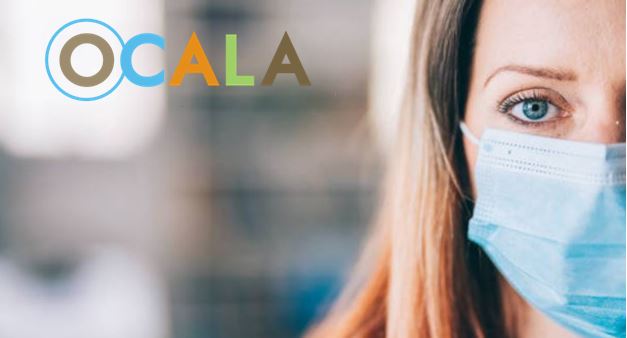 The City of Ocala masks ordinance will remain in effect for the next 60 days.

In a 4-1 vote, City Council members voted on the ordinance Tuesday. For the next 60 days, business owners will be required to post signs at their establishments informing staff and customers that they must wear a mask.

Mayor Kent Guinn, who recently spent five days in the hospital with COVID-19, said he is against the extension.

In the meeting, City Councilman Matthew Wardell stated that because of stances that were announced publicly by individuals like Sheriff Billy Woods and Guinn, that the ordinance had to be put in place to encourage mask-wearing in the city.

Guinn said he is against the extension because he feels citizens can make their own decisions.

In August of 2020, an Ocala business owner, who is also an attorney, filed a lawsuit against the City of Ocala for both a declaratory judgment and injunctive release on an emergency and permanent basis as a result of the mask ordinance put in place by Ocala city officials.

There have been more than 14 lawsuits filed in Florida challenging the constitutional validity of ordinances requiring face coverings.

The lawsuit states, “The major distinction [between the other cases] and the case at bar, is that Ocala has not specifically enacted any legislation that actually requires individuals to utilize face coverings. The abject failure of Ocala to draft any meaningful law to remotely achieve its stated objective cannot stand as a matter of law.”

At that time, Guinn made his position clear.

Guinn, said, “The burden falls on the business owner. It will be too hard to enforce.”

In that lawsuit, it stated, “Ocala has unlawfully delegated both its powers and its responsibilities, of legislating and enforcing individual citizen’s choices in regards to face mask usage, to private business owners. Rather than entertaining any meaningful attempt to directly legislate the behavior of its citizens, Ocala has inexplicably and entirely without any authority, shifted the burden and responsibility of legislating its policies and policing its citizens to private business owners.”

The current vote on the Ocala mask ordinance makes the third extension.

As for Guinn, on Monday, he posted the following to Facebook.

“To all the people that have wished me well in my recovery from Covid…Thank you! I’m doing well, I’ll be back. God truly blessed me through this. With that said this is a message to the rest of you that are bickering with each other about this. STOP IT!! this Virus has no political ideology. It cares not if your a D or an R. Ordinance or no ordinance. Here’s some of what I learned. I was told I was one of the lucky ones, I was blessed is what I was. When you lay in that hospital bed alone at night and pray to God for your very next breath then you know that this Virus cares nothing about your political views. You come to understand what’s important in life. Your faith, family and your loved ones are the most important things in your life. Political views just don’t matter. They are literally a waste of your oxygen to even think about. Moving forward, we as a Community need to support and love on the people who have lost loved ones through this Virus. Those that have had it and survived, listen to their stories. It’s different for most everyone. Also let’s get healthy. If your overweight, see your physician and work on a plan, if your diabetic, get it under control. If you have heart problems get with your Dr and get healthy. The health conditions I’ve mentioned are who it attacks. Let’s as a community go on offense not just be on defense. Thank you to each and every nurse, health care worker I came in contact with. You were my Angels outside room 606 at Advent Hospital. I’ll close with this. There were three songs I would listen to that really meant so much to me. Get on YouTube and listen to them. Alabama live singing Just a closer walk with thee, Alabama Angels among us, and Carrie Underwood and Vince Gill, How great thou art. My Oxygen numbers would go up from 88 to 93 and above listening to them. Please take the time to listen to them and pay attention to the words. God Bless each and every one of you and thank you for your continued support and prayers. STOP the bickering and go out and do something good in the community.”