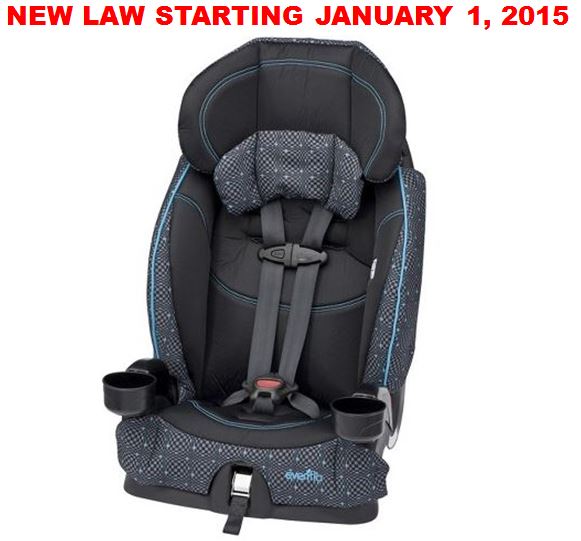 Tallahassee, Florida — Beginning January 1, big changes are coming in the way children would be strapped into a vehicle in Florida. Until recently, Florida was one of only two states in the nation that did not have a law requiring booster seats for children who had outgrown baby seats, but were still too small for seat belts. But a law — pushed by advocates for more than a decade — and signed into law by Governor Rick Scott on Tuesday, now mandates booster seats for children ages three to five. However, height requirements must also be met after age five.

In a press release, The Florida Department of Highway Safety and Motor Vehicles said children ages four and five will soon be required to sit in a child safety seat or booster seat rather than only using a seat belt.

The new law goes into effect at midnight on January 1.

After age five, children are ready to wear seat belts without a booster seat if they are at least 4 foot 9, can sit all the way back, and have their knees bend at the edge of the seat.

According to the National Highway Traffic Safety Administration, riding while improperly restrained is one of the reasons traffic accidents are the leading cause of death for American children ages 5 to 14.

Other states have laws stricter than Florida’s new one. Georgia, for example, requires kids up to age eight to be in some kind of safety seat, according to the Governors Highway Safety Association.

Past efforts to raise the age requirement for car seats have gone nowhere in the Legislature. Former Governor Jeb Bush, in 2001, vetoed a bill to increase the age.

The following recommendations can help determine if your child, after age five, is ready to wear a seat belt without a booster seat:

Depending on the size of the child and where the seat belt crosses the body, many children may need booster seats beyond the age required by law