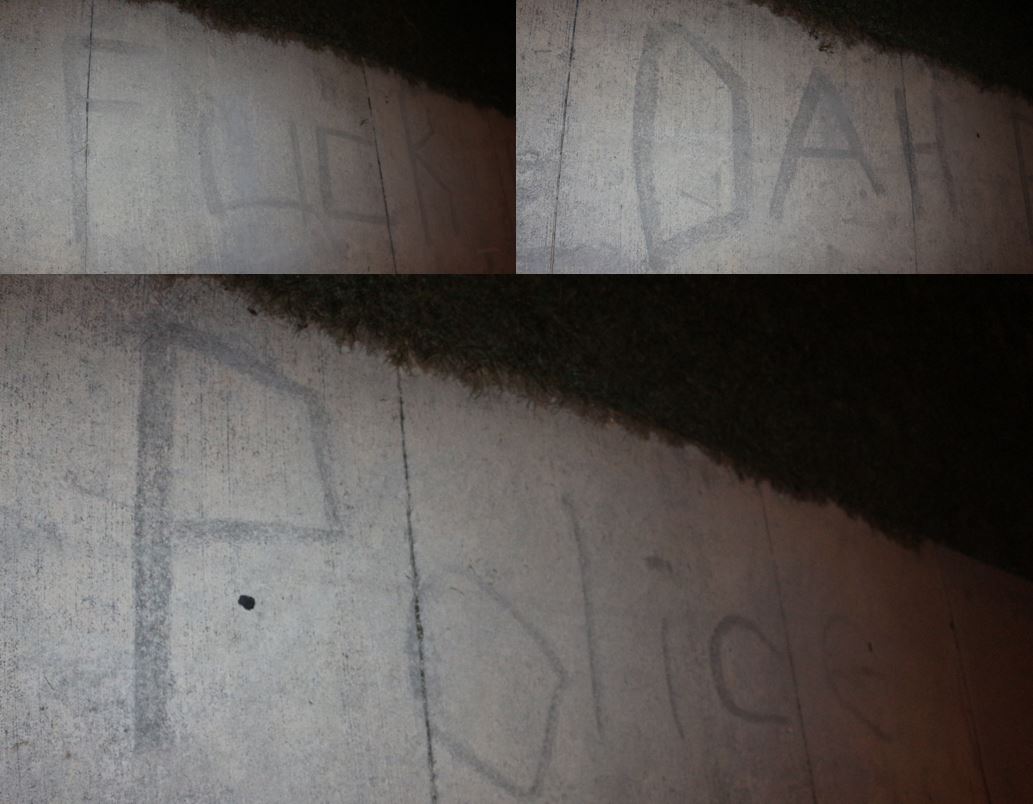 Marion Oaks — At some point in time, someone, who apparently could not spell, wrote a message to law enforcement on the sidewalk near the sheriff’s substation and the basketball courts in Marion Oaks.

Residents have stated that the message was written shortly after the sidewalk was poured, but it was never removed. However, sources indicated it was pressure washed off, only for the message to be reapplied.

The message read, “F**k dah police.” The term is usually written as FTP and has been around for decades.

According to authorities, the poorly worded and ill-timed message is a form of vandalism and is not considered Freedom of Speech. The message is not being interpreted as a threat.

Young children and teens are often seen hanging out in the area — sometimes after midnight.