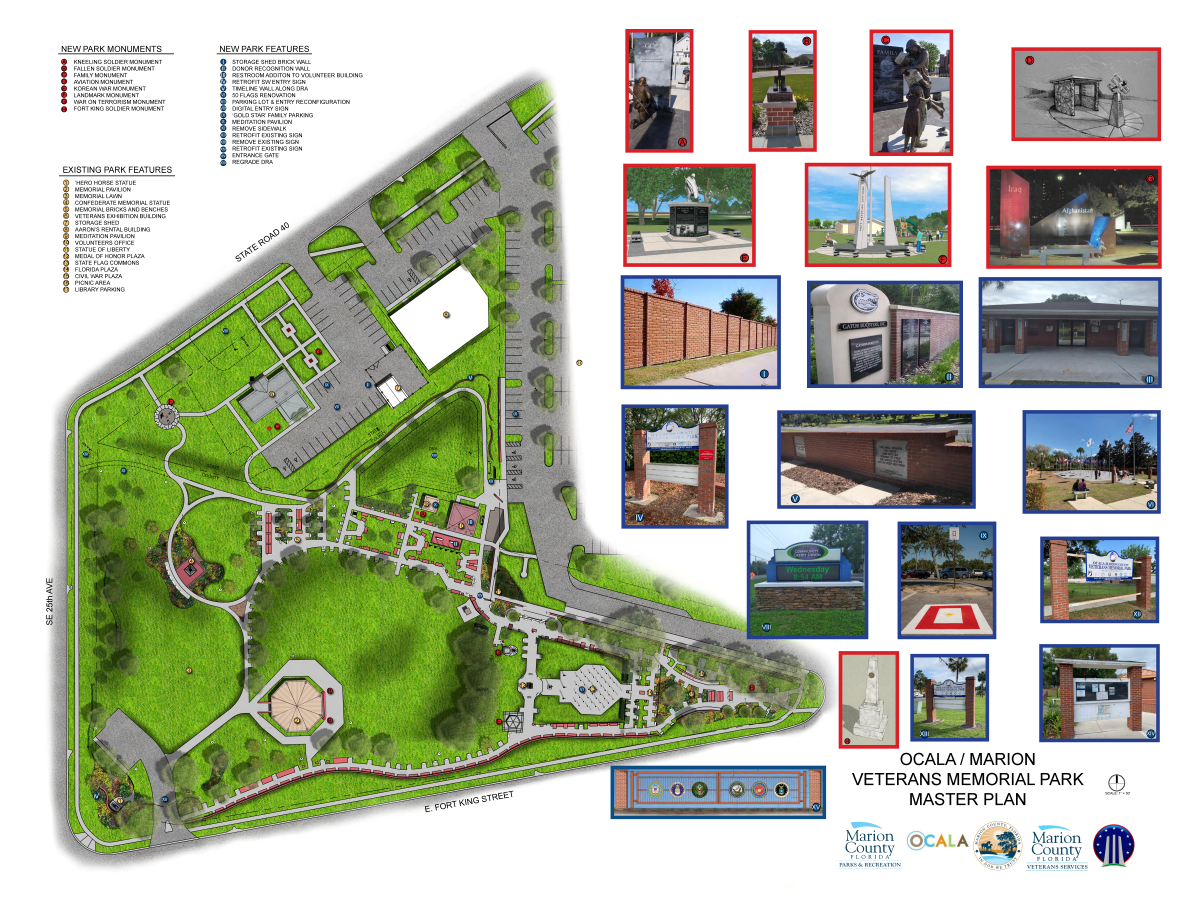 Marion County Parks and Recreation Director Jim Couillard explains that the master plan will help guide the upgrades to the park over the coming months and years.

“Developing a solid vision and guide for the growth and improvement of the park is a big accomplishment,” he said. “Too often, a piecemeal approach is used for making improvements, yet with a master plan, a strong vision is created and then each aspect can be broken down into achievable pieces. At the end of it, all these pieces will work together harmoniously to provide a nice orderly arranged and dignified space.”

The new master plan consists of several improvements and new displays at the park, including updates to existing park features and eight new park monuments, ranging from an aviation monument to a Fort King soldier monument to a monument highlighting the war on terrorism.

The aviation monument is planned to feature a historic building that currently is on private land near I-75. The building will be moved to the park, where it will then be refurbished and updated with exhibits about military aviation history in Marion County.

Renovations and updates planned for the park include new signage, donor recognition and timeline walls, a new entry gate, and more.

“Expansion and inclusion of some lesser-used areas of the park will allow for more storytelling about conflicts that are not currently represented in the park, such as the War on Terrorism,” Couillard said. “There is no better way to teach history and to explain why and how these types of conflicts occur other than storytelling. A new serpentine brick wall is planned for the northern area of the park to include these stories and to provide space for future stories.”