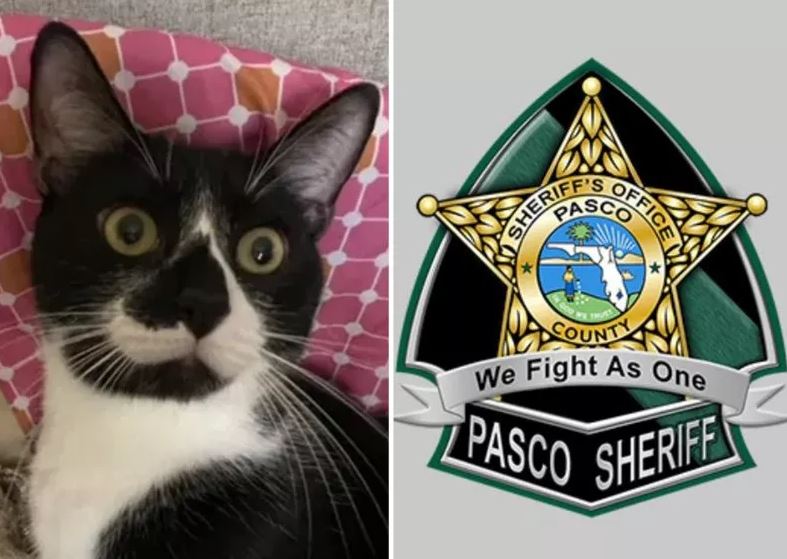 Florida — A deputy who was arrested after he lost his temper and stomped his girlfriend’s cat to death says he did not do anything wrong and plans to plead not guilty in court.

Those closest to the incident say that Harris not only denies any wrongdoing but that he has also laughed about the incident.

According to reports, On August 21, Harris was involved in an argument with his girlfriend of six months whom he had recently moved in with a month prior.

A short time after moving in together, Harris began to get upset over his girlfriend’s two cats defecating on the floor outside of their litter box and jumping onto the counters and furniture.

According to the girlfriend, the two frequently argued over the cats. She also said Harris frequently displayed aggressive behavior.

On August 22, when Harris’ girlfriend returned home to their apartment shortly after 7 P.M, she found both cats cowering in their crate. When she removed one of the animals from the crate, a 3-year-old male cat named “Axel,” she noticed that the toenails on his rear paws were severely broken and bloodied.

The girlfriend told police that the cat was unable to stand and she immediately took the cat to a veterinarian located in Sarasota. Upon arrival, the veterinarian recommended that Axel be immediately taken to an animal hospital for emergency care.

Sadly, the cat died from its injuries the same day.

Due to the severity of the cat’s injuries, the veterinarian contacted law enforcement and reported the incident

During questioning, Deputy Harris denied any wrongdoing and alleged the cat was fine during the time that he was alone in the apartment with it.

Authorities said that on August 26, a necropsy was conducted by the Florida Department of Law Enforcement (FDLE) and found that Axel suffered a “horrific death.”

The report states that there was “severe hemorrhaging and bruising to internal organs, facial injuries, including a missing tooth, and markings were found on his body proving that the cat had been stomped.”

The cause of death was ruled as blunt force trauma.

Deputy Harris was arrested by the Tampa Police Department at his home.

He is now facing a charge of Felony Animal Cruelty.

In an email to Ocala Post, Pasco County Sheriff’s Office Public Information Officer, Britney Morris, stated, “Mr. Harris was terminated as a PSO employee immediately upon his arrest. He was employed since January 2019. PSO has no additional statement or information in this case.”

The Tampa Police Department refused to release Harris’ booking photo. Section 119.07 does not exempt the booking photos from disclosure once a law enforcement officer has been arrested. 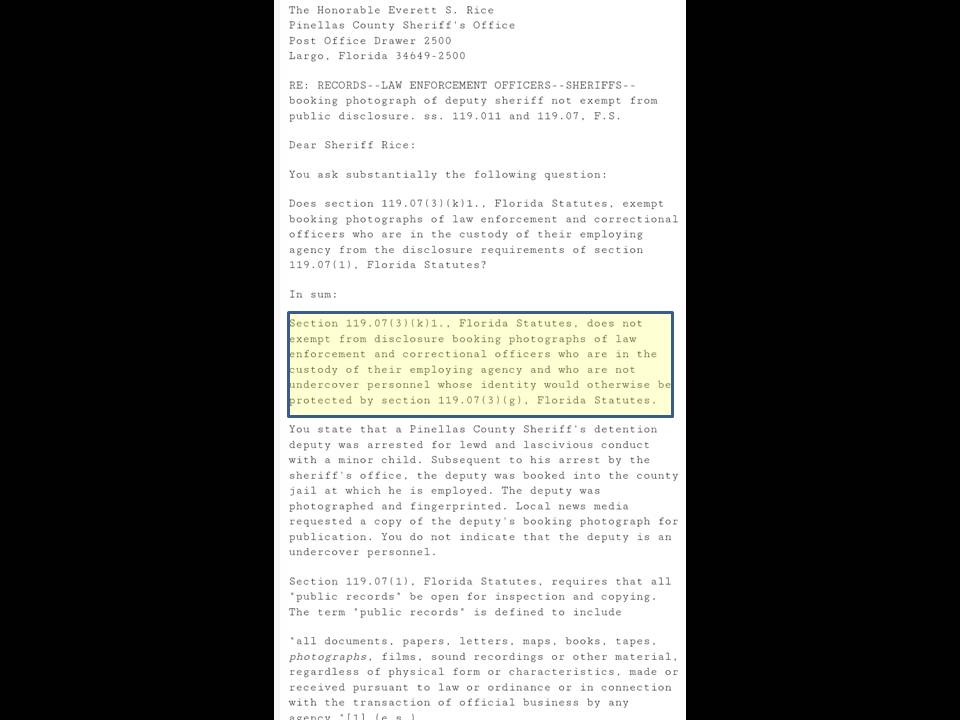