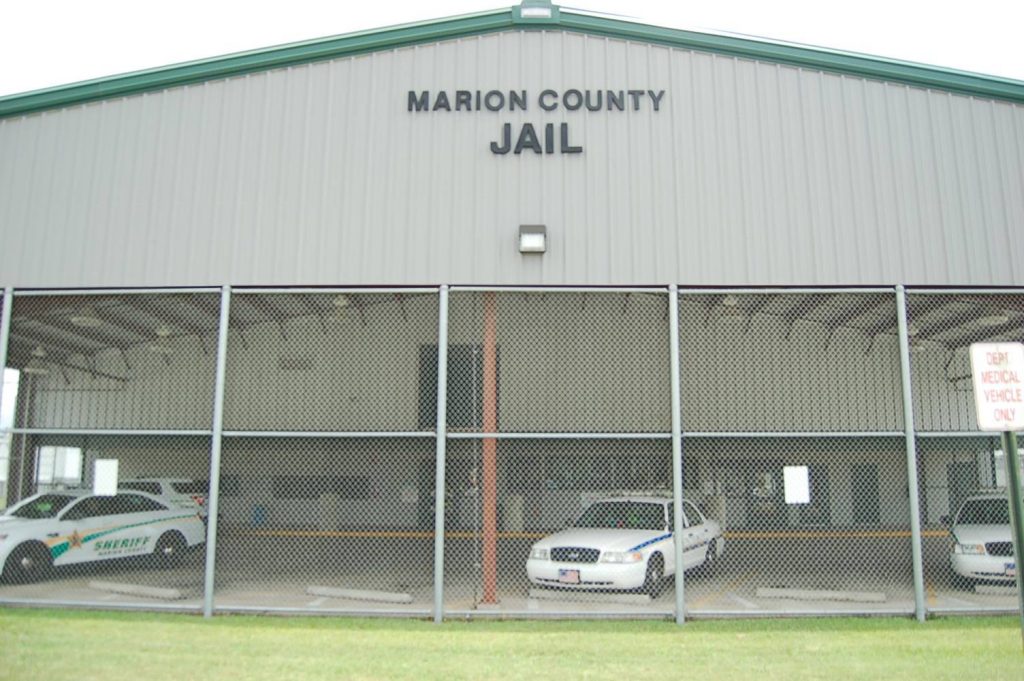 UPDATE: On July 2, 2020, at approximately 8 a.m., less than 24 hours after this article was published, Judge Anthony Tatti signed an Order Releasing Defendant on His Own Recognizance with Conditions of Release.

In part, the release states, “The Defendant shall be confined to the interior of his residence unless traveling to the office or other location of a licensed physician or the purpose of meeting with his attorney.”

You can read the release here.

Shortly before Marion County Sheriff Billy Woods accused attorneys and “his citizens” of being “keyboard warriors,” Gainesville Attorney Adam Stout filed a lawsuit against the sheriff.

The lawsuit was filed on July 1. (Read the lawsuit here)

Woods is being accused of violating the Florida Constitution by allowing inmates to be housed in unsanitary conditions and knowingly putting elderly inmates in grave danger. In some instances, sections of the jail were without running water and A/C.

Woods said the problems were fixed quickly, but many disagree with his definition of quickly.

The lawsuit has been filed on behalf of Louis Early Payton, a 74-year-old inmate who has serious health problems and is being held without bond after he violated his probation conditions on a misdemeanor charge.

In the lawsuit, it states, “Defendant, Billy Woods, as Sheriff of Marion County, Florida is in continual violation of Plaintiff’s constitutional right against cruel and unusual punishment.” It goes on to say, “An outbreak of the novel coronavirus is imminent or already occurring at the Marion County Jail, where inmates are confined in conditions that threaten their lives.”

As an inmate in the Marion County Jail, the Plaintiff, Mr. Payton is being
subjected to the following treatment by the Defendant:

a. Mr. Payton does not have a safe way to dry his hands;
b. Mr. Payton must sleep within three feet of other inmates;
c. High touch surfaces within the jail pod are sanitized once or twice a day;
d. Mr. Payton and other inmates in his pod have not been provided masks;
e. Temperature checks are not being performed; and
f. Social distance is not being observed/enforced.

“Mr. Payton is forced to suffer conditions that deny him the precautions and
protections necessary to mitigate the severe threat of COVID-19. This constitutes cruel and
unusual punishment forbidden by the state constitution,” the lawsuit states.

The lawsuit comes after more than two dozen inmates and nearly a dozen staff members reportedly tested positive for COVID-19.

In fact, the lawsuit states, “On June 22, 2020, Mr. Payton’s attorney received an e-mail authored by Timothy T. McCourt, general counsel for the Marion County Sheriff’s Office. This e-mail advised that one jail staff member tested positive for COVID-19 and had been sent home, and eight (8) inmates were exhibiting virus-like symptoms
and were being quarantined for safety.”

However, just days later, the Star-Banner published that 44 inmates and 10 staff members were positive for the COVID-19 virus.

Another inmate, who has not been named in the lawsuit, had been feeling sick and was tested. However, that inmate, despite showing symptoms, was not permitted to see a doctor. Essentially, that inmate tested positive for COVID-19.

Not only have inmates filed complaints, but some of Woods’ own staff have come forward via e-mail, corroborating what inmates have been saying since Woods took over the jail.

And, like the Star-Banner, Ocala Post has received e-mails in regards to the complaints. Several of the e-mails came from MCSO employees who requested to remain anonymous.

“Woods does not like to be questioned as witnessed by the public and the media in multiple videos. You cannot question his authority or you will pay the price,” one employee wrote. Adding, “If only people knew what the sheriff intentionally hides from the public.”

Another employee, wrote, “Most staff does exactly what he tells them to do no matter how wrong or unethical. It is shameful because one of the deputies who is forced to speak the sheriff’s words is a soft-spoken good man. Billy does not uphold his sworn oath…he is about as transparent with the public as stained glass. He honestly believes the town belongs to him”

Woods has a history of not being transparent and failing to answer public records requests, as can be proven by a number of e-mails.

A jail staff member, wrote, “Medical treatment is nonexistent here. Inmates practically have to beg. No sanitizer, nothing. The virus will spread like wildfire and it will eventually claim a life if this is not taken more seriously by the sheriff. Instead of trying to get Facebook likes, he should be worried about human life and stop referring to people as scumbags, dirtbags, cry babies, etc.”

In the footnotes of the lawsuit, it states, “Mr. Payton’s life is in danger due to the outbreak of COVID-19 in the Marion County Jail. The failure of the trial court to timely enter a final order should not preclude Mr. Payton from proceeding with this writ of habeas corpus.
Mr. Payton’s attorney was contacted by the trial court on the morning of June 26th to see if all parties were available for a VOP trial in mid to late July 2020. That same morning, the Plaintiff advised the court he needed time to check with his witnesses’ availability. Unfortunately, Mr. Payton was not given an opportunity to do this and a VOP trial was unilaterally set on June 26, 2020.”

The lawsuit also states, “Mr. Payton is a 74-year-old combat veteran who was exposed to agent orange in Vietnam. This has caused him to develop many serious health conditions, to include chronic kidney disease, obstructive sleep apnea, diabetic neuropathy, chronic lung disease, and colon cancer.”

The jail is aware of Payton’s serious medical conditions.

According to the CDC guidelines, as noted in the lawsuit, Payton’s medical conditions absolutely put him at greater risk for death if he were to contract COVID-19.

In addition to the lawsuit filed against Woods, a motion has been filed with the court to recuse or disqualify Judge Anthony Tatti because of prejudice or bias in the case, which the lawsuit states would prevent Payton from receiving a fair trial.

The lawsuit states that Judge Tatti, without proper reason or legal explanation, has denied a petition for Payton’s bail three times.

Currently, there are dozens of inmates being held for misdemeanor violations. Charges range from Open Container, Misdemeanor Possession of Marijuana (a charged that has been decriminalized in numerous counties), Driving While License Suspended, and numerous more.

In a letter, Woods wrote, “The people who are in jail are all in jail for a reason. Everyone’s reason is unique, but what they all have in common is that there is a court order of some kind requiring them to be there –to serve a sentence, to be held until bond is posted, to be held without bail until trial, or to be held until unpaid child-support is paid.”

COVID-19 has caused hardships for many, even law-abiding citizens who, at no fault of their own, might have fallen behind on child support. A reasonable person could conclude that it could happen to anyone and [that] does not make any particular person a dangerous or hardened criminal.

In dozens of previous cases, attorneys have also said that holding a person for misdemeanor possession of marijuana is laughable.

According to hundreds who have turned to social media, the public and other watchdog groups have made it clear that they are not asking for violent criminals to be released, but that is how the sheriff made it seem in his letter.

In regard to being held without bond, the lawsuit states:

The lawsuit states that Payton agreed to wear an ankle monitor if a bond was granted and the court is aware of that fact.

Many have said it is not about getting out of jail…it’s about proper healthcare for a 74-year-old man.

In the justice system, one is supposed to be presumed innocent until proven guilty. However, in Marion County, most have long felt that it has been the opposite.