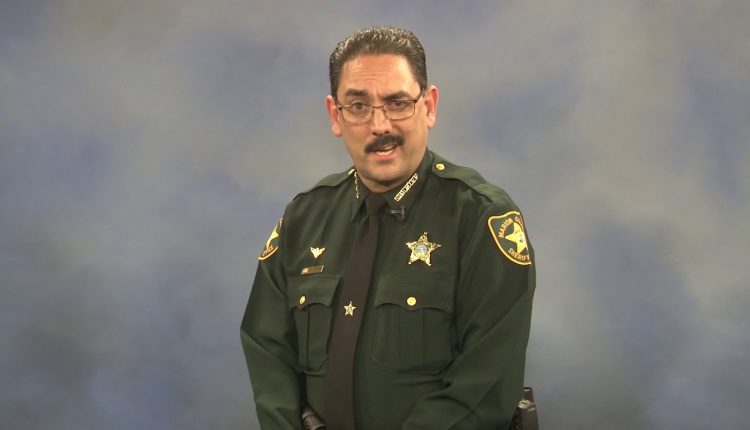 Ocala, Florida — A lawsuit has been filed against Marion County Sheriff Billy Woods in the United States District Court Middle District of Florida.

The lawsuit was filed by a Tampa-based law firm, the Southern Poverty Law Center, and the American Civil Liberties Union.

The Southern Poverty Law Center, said, “Brooks was detained without any warrant from federal immigration enforcement.”

Attorney’s say Brooks was detained in 2020 for an alleged misdemeanor simple battery charge that was subsequently dismissed/dropped by the state.

Brooks’ attorney says that he does not and has never had a criminal record.

The lawsuit states, “Since November 2017, Mr. Brooks has been employed as a Certified Nursing Assistant (“CNA”) in Florida. Until January 2022, he lived and worked full-time in the City of Ocala in Marion County, Florida. Mr. Brooks is currently pursuing an associate’s degree in nursing from Herzing University in Orlando, Florida, in order to become a registered nurse. Mr. Brooks continues to be employed in Ocala on a part-time basis while studying in Orlando, and he returns to Ocala once per week, if not more, for work and personal reasons.”

ACLU staff attorney My Khanh Ngo, wrote in a statement, “The Supreme Court has made clear that local officials cannot make immigration arrests on their own, or treat people differently based solely on where they were born.  But that is what the Sheriff’s Office did here to Mr. Brooks. They threatened to separate him from his family and his life in the U.S., just because he was born in Jamaica. And we know that Mr. Brooks’ case is just the tip of the iceberg.”

Ngo said that even after Brooks posted bond, he was illegally held for ICE.

“The feds told MCSO that Brooks was not subject to detention and they did it anyway,” said Ngo.

In an email, the Southern Poverty Law Center wrote, “The case challenges his unlawful detention and MCSO’s discriminatory policy of detaining and referring all foreign-born individuals, or those perceived as foreign-born, to Immigration and Customs Enforcement Agency (ICE), even if they are American citizens or otherwise lawfully in this country.”

Ngo went on to say that MCSO profiled Brooks.

They went on to write, “The Marion County Sheriff and his deputies never discussed Mr. Brooks’ citizenship or immigration status with him, nor did they receive any detainer or warrant from ICE. They simply profiled him and presumed he was in this country unlawfully, solely based on his foreign birth, even though his records showed that he had a valid social security number and Florida commercial driver’s license, neither of which he could have gotten unless he was lawfully in the U.S.”

According to records, while Brooks was detained unlawfully at the jail after posting bond, he fell ill. He contracted COVID from inside the jail and ended up in the hospital.

His lawyers say he was illegally detained in a “crowded jail” during the COVID-19 pandemic.

There are other lawsuits in the works against Woods as well.

Woods has recently been accused, again, of holding prisoners in unsanitary conditions.

One inmate fell ill while being held at the jail and developed an infection in his throat and bloodstream. Officials who are looking into that case say the infection was most likely due to poor air quality caused by dirty, moldy AC units and ductwork.

The inmate was allegedly denied medication on several occasions.

Ocala Post has withheld his name because it was brought to our attention that when the inmate filed a complaint with the Attorney General, Woods retaliated.

This is just one of many lawsuits brought against Woods in past years alleging mistreatment and retaliation. And the lawsuits do not stop at inmates. Woods has been named in lawsuits by other officers as well.

In 2016, Woods was named in a lawsuit after he revoked OPD Officer Casey Walsh’s privileges of being deputized with the sheriff’s office. Her rights were revoked after she and several other officers filed a sexual harassment complaint against the late Chief of Police Kenneth Gregory Graham.

At that time, Woods stated that he did not have to explain himself and said he was protected from being sued by qualified immunity.

During that time, Walsh and dozens of her fellow officers said they wholeheartedly believe that not only did Woods retaliate out of anger that a complaint had been filed against his friend, but that Woods had also been heard saying that he did not believe gay women belonged on the force.

That lawsuit was later settled and it cost taxpayers hundreds of thousands of dollars.

In one instance involving mistreatment, shortly before Woods accused attorneys and “his citizens” of being “keyboard warriors,” Gainesville Attorney Adam Stout filed a lawsuit against the sheriff. That lawsuit, along with media coverage, potentially lead to the release of that particular inmate. Stout said he believed it saved his client’s life.

As for Brooks, the Southern Poverty Law Center said they believe the federal law will be on their side and that this is just the tip of the iceberg for MCSO.


Comments are open on Facebook or in the discussion below.

Mayor Guinn says he will have to be arrested to stay away from victims, OPD Chief to be suspended

Chief of police was previously investigated for sex scandal, mayor stands by Graham