Ocala PostOcala Newspaper - News without hiding the truth
More
Home News Florida January is Move Over awareness month: Move over or be ticketed 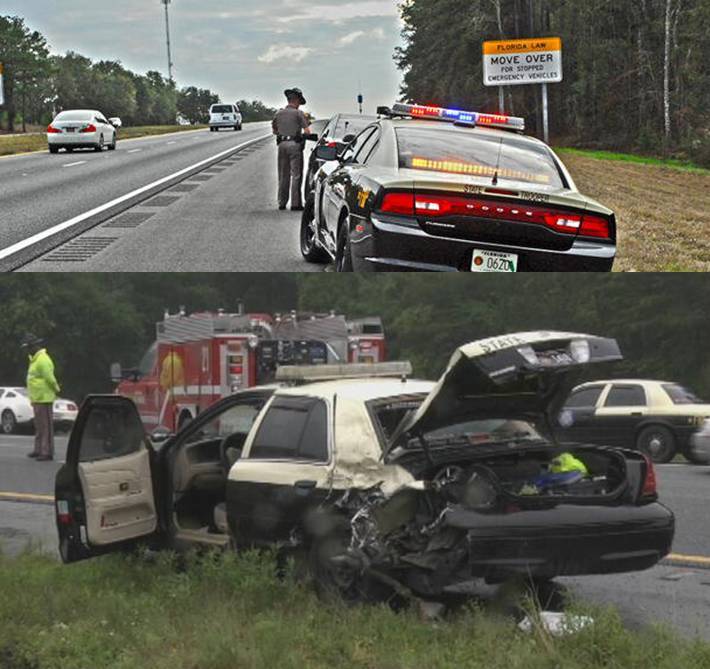 January is Move Over awareness month and the Florida Department of Highway Safety and Motor Vehicles (DHSMV) urges all motorists to move over for emergency and service vehicles stopped along the roadway.

The Move Over Law was added to section 316.126, Florida Statutes, in 2002. The statute, which was originally introduced in 1971, requires motorists to move or yield the right-of-way to emergency vehicles and in 2014, utility and sanitation vehicles were added to the Move Over Law. The Move Over Law states that drivers must move over as soon as it is safe to do so for any authorized law enforcement, emergency, or service vehicles displaying any visible signals while stopped on the roadside, including Road Rangers, sanitation vehicles, and tow trucks.

According to DHSMV, in 2021, there were 191 crashes and more than 14,000 citations issued for motorists failing to move over in Florida.

In a press release, DHSMV Secretary Kevin J. Thibault, P.E., said, “Florida’s Move Over Law is about protecting the people who serve on our roadways. Sadly, this past year, FDOT lost a veteran Road Ranger of 10 years, and several employees have been seriously injured as a result of drivers not moving over. Ensuring the safety of our employees has and will always be paramount, and I implore each and every driver to help us as we aim to prevent any further tragedies involving the men and women who selflessly work to keep Florida moving safely.”

FLHSMV Executive Director, Terry L. Rhodes, said, “Moving over and slowing down for emergency and service vehicles is law in Florida; but by doing so, drivers are also displaying a nod of support to the men and women who call the road their office. Crashes that occur because of a driver that failed to move over are completely preventable; they take our officers and members of our communities away from their families, who gave freely to make Florida a safer place to live and travel. As you head to your destinations this year, remember these four words if you see flashing lights: slow down, move over.”

On May 3, 2014, on I-75 in Ocala, Florida, the Move Over law was a hot topic following a crash that killed three people.

Trooper Chelsea Richard was completing a single-vehicle crash investigation in the center median when a truck being driven by Troy T. Owens, 22, of Ocala, traveled into the median striking Trooper Richard, Mr. John Duggan, and Mr. Robert Phillips. Trooper Richard and Mr. Duggan were pronounced deceased at the scene.

On June 17, Florida Highway Patrol Trooper Sergeant William Trampass Bishop died from injuries after being struck by a car.

FHP Director, Colonel Gene Spaulding, said Sergeant Bishop was on patrol in Alachua County that evening when he was struck on the southbound side of I-75 while standing outside of his patrol car.

Complying with Florida’s Move Over Law:

As soon as it is safe to do so, vacate the lane closest to the stationary emergency vehicle, sanitation vehicle, utility service vehicle, wrecker, or road and bridge maintenance or construction vehicle when driving on an interstate highway or other highways with two or more lanes.
Always signal your intention to change lanes.
Be prepared to allow those who are attempting to move over into the next lane.
Slow Down

All 50 states in the U.S. have Move Over laws in place.