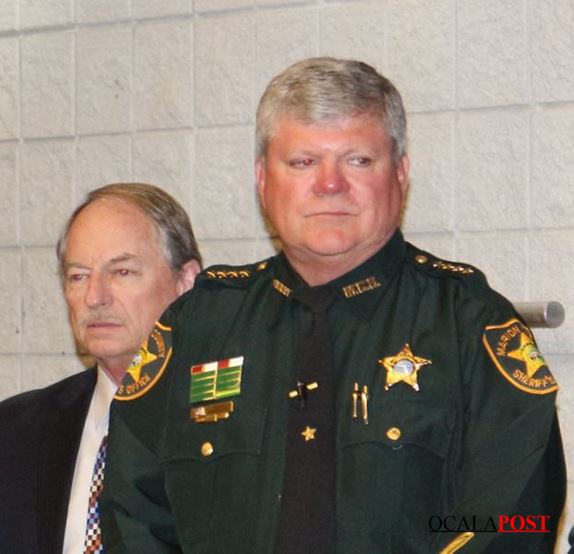 In addition to the letter Blair wrote to Wilcox, he wrote Gov. Rick Scott and stated that he was formally resigning as sheriff.

Dropping out of the race was part of a deal that Blair made with the State Attorney’s Office.

The deal, a Deferred Prosecution Agreement, states that Blair would drop out of the “race” for sheriff if the SAO would agree not to peruse charges against Blair. Additionally, Blair made a deal that would allow him to collect his pension from the state retirement system. Essentially, this deal means that all charges will be dropped and that, Blair will not have to serve any jail time.

On May 20, 2016, the State Attorney’s Office for the Fifth Judicial District indicted Sheriff Chris Blair for two counts of Perjury in an official proceeding and one count of Official Misconduct.

In a press release, Sheriff Emery Gainey wrote, “Today the former sheriff made the best decision for the citizens of Marion County and the employees of the Marion County Sheriff’s Office: to resign from the Office of the Sheriff and to withdraw from the upcoming sheriff’s election.”

Blair was also being investigation for the Kiosk program he created. A program which he swore no tax dollars were used.

“The investigation into the Kiosk program has revealed very significant and disturbing information about the procurement process of this product, including the use of public monies and receipt of payment by a former senior staff member from a vendor involved in this venture. I purposefully chose to remain silent when I ordered the removal of these kiosks from various businesses and governmental locations on July 15, to allow sufficient time for the investigation to be concluded. With the release of the findings today, it should be obvious why I took such immediate action on behalf of our business partners and this agency,” Sheriff Gainey said.

Blair said that he does not admit or deny the allegation, but that the agreement with the SAO was in his best interest.

“The agreement is made in my own best interest and enables me to dispose of the charges without risk of conviction and sentence.”

Blair will never be able to run for sheriff in the Fifth Judicial District. Also, he will not be able to have his arrest record expunged.

Read more about the Kiosk investigation, which includes exclusive information that was provided to Ocala Post.

Lawsuit filed after corrections officer was allowed to poison inmate, other officers implicated