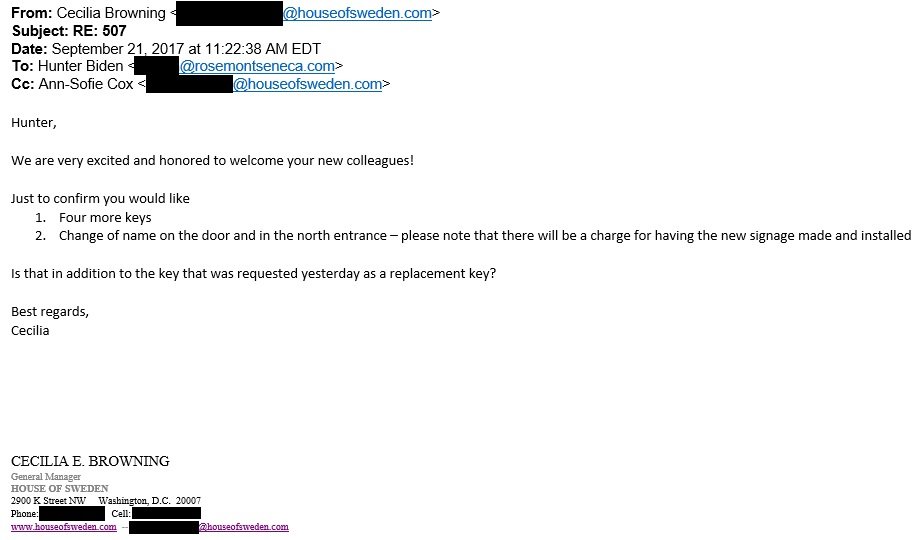 Damning emails show that, in 2017, Hunter Biden requested keys be made for his new “office mates,” listing his father, Former Vice President Joe Biden, Jill Biden, and his uncle, Jim Biden, for space he planned to share with an “emissary” for a chairman of a Chinese energy company.

These emails are in addition to the emails that came to light following an October 16 debate.

Joe Biden and his wife, Jill, had previously denied having any ties with the Chinese energy company.

Barr knew about the dealings as early as spring, but the investigation was not made public until after the election. Investigators say that Barr intentionally withheld the information from the public and media outlets that he knew would report on the story.

Rep. Jim Jordan, R-Ohio, said that the media and the American people should have been informed about the federal investigation prior to the November presidential election.

“Jordan said, “This is just wrong.” 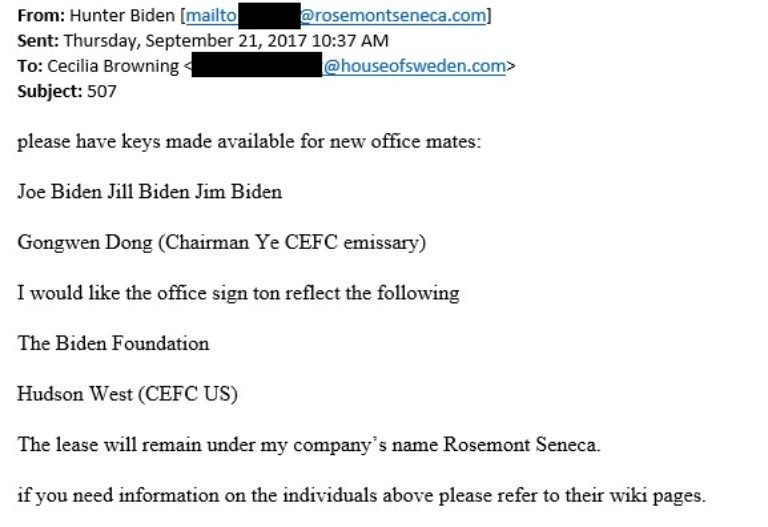 He said there is no denying the corruption in the Biden family. All of them, including Jill.

In an email to Ocala Post, the House of Sweden confirmed that Hunter Biden’s company, Rosemont Seneca, did rent office space during the time period show in the emails. They would not say anything further due to the federal investigation.

The information was not difficult to find, yet, the liberal media has failed to do their job in reporting the facts…with the assistance of Facebook and Twitter and their fraudulent “fact-checkers,” they have assisted in the coverup.

CNN and all of its affiliates have made excuses in an attempt to have the public believe that the Bidens are innocent. CNN reported that the investigation did not implicate Joe Biden, Jill, and Jim Biden, however, emails show otherwise.

When investigators announced that Hunter is the target of an international investigation, AKA “tax affairs investigation,” they said that  “target” means that there is a “high probability that the person committed a crime.”

Intelligence officials, as well as liberal media outlets, have labeled the investigation as “Russin disinformation.” Many outlets downright refusing to air the story.

“You have media pundits posing as experts in regards to Hunter’s business dealings. Trying to convince the public that other media outlets and investigators are lying to you,” said Federalist publisher, Ben Domench.

Domench, said, “There should absolutely be severe consequences for intel officials and media who claimed that the investigation was Russian misinformation.” 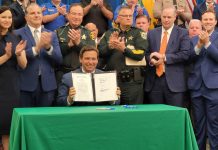 Representatives say “anti-riot” bill is broad and allows for too much interpretation by cops, Senate Bill 90 raises eyebrows