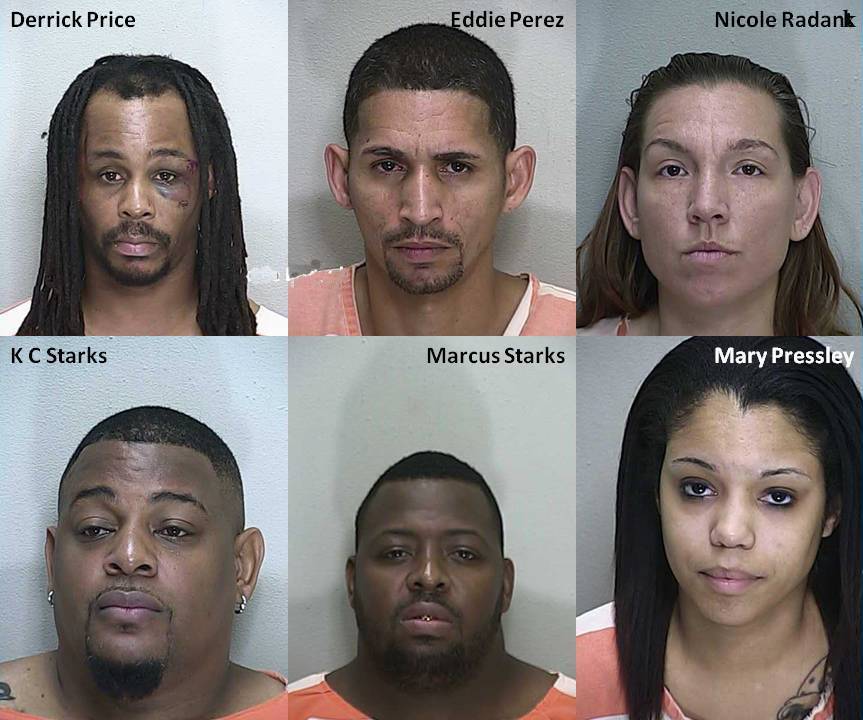 The Unified Drug Enforcement Strike Team initiated an investigation that spanned three (3) months. The long-term investigation culminated on Thursday, August 7, 2014, at approximately 5:50 a.m., when the UDEST, along with the assistance of the Marion County Sheriff’s Office, and Ocala Police Department SWAT Teams, executed five (5) search warrants.

Marcus Starks, 35, of Marion Oaks, the brother of K.C. Starks, was charged with Trafficking in Oxycodone and Possession of Cocaine.

Mary Pressley, 23, of Ocala, was charged with Trafficking in Oxycodone and Possession of Cocaine. Pressley’s name was not named in the search warrant; she was just an added bonus that happened to be present due to the fact she is in a relationship with Marcus.

Marcus, Pressley, and Perez are back on the streets.

Price, Perez, the Starks brothers, and Radank have extensive felony arrest records from other counties. The Starks brothers have been arrested multiple times in Marion County for cocaine distribution throughout Marion Oaks. A search of court records did not return any prior arrests for Pressley.

Sources said the group has also been known to host illegal poker games with other associates.

In addition to the thousands of dollars the dealers were making by selling drugs, they were also collecting welfare benefits.

Price told investigators that he began selling drugs because he could not find a job and he needed bill money.