Ocala, Florida — Florida cardiologist Dr. Asad Qamar could be forced to close the doors to his physician group, the Institute for Cardiovascular Excellence PLLC (ICE), following the suspension of the group’s Medicare reimbursements in March.

In January, the Center for Medicare & Medicaid Services (CMS) began proceedings to have Qamar’s reimbursements suspended.

Federal documents outlining the suspension were only released this week.

In a letter to Qamar, Theresa Dampier, CMS Program Integrity Manager, wrote, “The suspension for your Medicare payments is based on ‘credible allegations of fraud,’ which is defined as ‘an allegation from any source,’ including but not limited to ‘fraud hotline complaints and patterns identified through provider audits, civil false claims cases, and law enforcement investigations.'”

Dr. Qamar performed an unusually high number of procedures on vessels outside the heart. According to records, a patient who actually needed treatment for a blockage in her heart had a stent put in one leg and was scheduled for a similar procedure in the other leg. She never made it to her appointment for the second stent. She died from complications directly related to the first stent.

According to documents provided by CMS, in 2012, Qamar received $18.2 million in Medicare reimbursements. Making him the second-highest paid physician by Medicare for that year. He received $16.03 million from Medicare in 2013.

On March 31, Qamar’s attorney, Tracy Mabry, responded to the suspension by writing, “Regardless of the allegations, until proven, they are just allegations.”

Mabry believes that the government “jumped the gun,” and suspended Medicare reimbursements to Qamar prematurely.

Mabry wrote, “The current suspension action will soon make any such discussion moot, as the Medicare program is placing ICE in immediate jeopardy of closing its doors and discontinuing to serve its 24,000 patients.”

After making several public records requests, Ocala Post discovered that Qamar has been under investigation for quite some time.

In 2010, a consultant who had been assigned to review Medicare billings for Qamar became aware that the group routinely waived Medicare co-payments, and in return, patients would not ask questions about procedures or high billing costs. The consultant wrote, “Dr. Qamar and the group billed for an “unrealistically high percentage of expensive procedures.”

Three weeks ago, Ocala Post received a news tip that suggested Qamar had also made illegal donations to the Democratic National Committee. The donations were for substantial amounts.

According to reports, Qamar, who is a Republican, had asked his contacts in Congress to help with a federal review of his Medicare payments.

The Democratic National Committee would no longer accept donations from Qamar after word got out about the federal review. However, Qamar was desperate to maintain his political relationship with powerful politicians in Washington and found a way to send grossly large donations to the Democratic Committee.

How you ask? He used his children as political pawns. You read that correctly: Qamar made donations in the names of  two of his children. At the time, his son was only 16 years old.

According to the Federal Elections Commission, Qamar donated over $32,000 to the committee in his daughter’s name. Then, using his 16-year-old son’s name, Qamar donated another $32,000.

In 18 months, Qamar donated $75,000 just in his daughter’s name alone. According to sources, most of the money went to the Democratic Party and the Obama Victory Fund.

The Democratic Party unquestioningly accepted the donations and said that the committee had done so legitimately and legally.

However, a donation made in a child’s name is required by law to come from an account owned and controlled by the child.

Qamar could not prove that the bank accounts were in his children’s names.

In one instance, Qamar donated $75,000 to a group tied to President Obama. With the donation, Qamar stated that he hoped to become an ambassador for Obamacare.”

In January 2013, Qamar attended a pre-inaugural party and personally handed an envelope to Obama.

Qamar said he had become involved in Obama’s policies partly so that he would have an opportunity to make the case that medical practices like his are suffering because contractors conducting the reviews for the HHS were slow and unnecessary.

The letters complained about the lengthy review of the billing practices led by the Department of Health and Human Services. In the letters, Qamar insisted that the reviews unnecessarily delay payments and that they threatened to put him out of business. Qamar wanted the law to be changed.

An activist, who would only speak to Ocala Post if her name was kept confidential out of fear of political retribution, said Qamar was attempting to pay off politicians to make the investigation disappear. She said, “If a man is willing to break the law and go to such great lengths to make an investigation disappear, why would anyone believe he has not committed Medicare fraud?”

“I have attended political events and witnessed Qamar hand envelopes to very powerful people,” she said. “I cannot say what was in the envelopes, but one does not attend these types of events to deliver letters.”

Through Ocala Post’s investigation, it was learned that many individuals were not willing to talk about Qamar or his donations. Many refused to speak because of the upcoming election.

It became very clear that many politicians have no morals and are not willing to do the right thing. Getting re-elected appears to be more important. And because government e-mails are public record, many refused to communicate at all via e-mail.

However, White House officials would say that, in 2013, Qamar did give off the impression that he was attempting to pay large amounts of money to “make the investigation disappear.”

As for the current investigation, CMS says that the allegations are very credible; therefore, the suspension has been imposed on all of ICE’s health care professionals.

The suspension was placed on all of ICE’s healthcare professionals due to the enormousness of the alleged fraud. However, CMS has not yet put a dollar amount on the fraud.

During this investigation, Ocala Post inadvertently uncovered other fraud being committed by doctors within Marion County. Stay tuned for those details.

Some of the physicians within ICE’s physician group might have been reinstated after this article was published. If a patient would like to know if their doctor has been reinstated, call the Physician Services at CMS-Medicare and Medicaid Department at 404-562-3808. 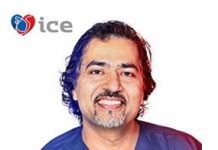