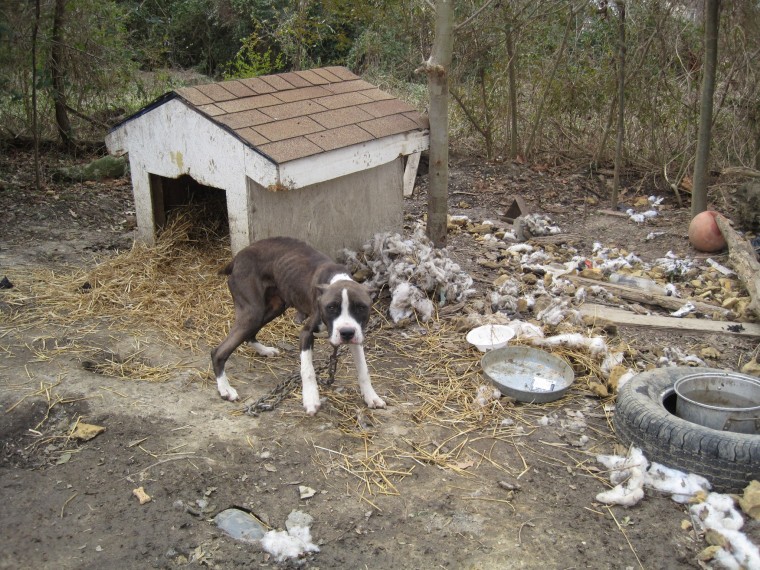 Marion County, Florida — On April 1, 2014, Marion County Commissioners approved a revision to the county animal ordinance relating to dog tethering. The ordinance, approved during a regularly-scheduled board meeting, bans unattended tethering of dogs, with an exception for performing a 30-minute temporary task, and with a further exemption that the ordinance does not apply to dogs on working farms.

Previously, the county’s ordinance allowed the unattended tethering of dogs, provided the tether met certain safety requirements and the dog had access to food, water and shelter. The new language requires an owner or caretaker to be outside with the dog if it’s tethered, except for a 30-minute time frame in which the owner can go inside to complete a temporary task. While outside with the dog, the owner must be able to maintain visual contact with the dog. The safety requirements for temporary tethering remain in place.

In August 2013, the Board of County Commissioners appointed a Blue Ribbon Task Force to study the topic of dog tethering. The task force (composed of appointees from each of the commissioners, as well as the Marion County Animal Services director and the Humane Society of Marion County executive director) presented its findings before the board on February 4, 2014.

Anyone who violates the 30-minute tethering ordinance will face a fine of $500.00.

Dog experts say that the tethering law is a must and it should significantly drop the amount of dogs that become violent from being left chained to a tree all day. Experts say countless dogs also die of heat stroke every year after being left chained for hours without access water.

Both Blair and Graham said enforcement would be easiest if tethering were outlawed completely.

“There will always be an excuse,” Graham said of the ordinance’s “temporary task” language.

Both Blair and Graham want the new tethering law enforced.

Marion county also has a leash law. The law requires all animals to be on a leash while being walked.