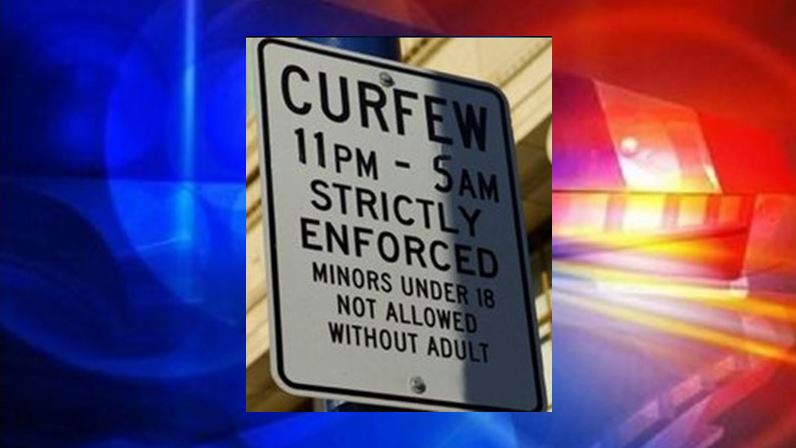 Ocala, Florida — When the school year ends, a drive down Easy Street, through Marion Oaks, or Silver Springs Shores after 11 p.m. would reveal children by the dozens roaming the streets, many carrying backpacks, and wearing all black clothing in the darkness of the night.

However, the City of Ocala would like to remind parents that the Ocala Police Department does enforce Florida’s curfew.

The Florida Department of Law Enforcement said that during the summer months when students are out of school, crime does increase. The Florida Department of Juvenile Justice said [that] is because, in this day and age, unsupervised juveniles are the most likely to commit a crime. Namely due to a complete lack of supervision and discipline from a child’s parents.

Last summer, OPD responded to multiple calls from businesses in reference to juveniles who had caused a disturbance or disrupted the normal flow of business. Some of the calls involved juveniles as young as 12 who were harassing other patrons within those businesses. And many of the calls came in after midnight.

In all instances, there was no adult supervision present and their behavior was disruptive to other patrons of the businesses as well as the business owners. Once the juveniles were stopped and detained, parents were called to respond and take custody of their children.

Officials said many parents could not pick up their children or simply didn’t care enough to arrive prior to the close of business, therefore the minors had to be transported to OPD headquarters to await pickup.

The City of Ocala adopted Florida’s curfew law for minors, and the law holds the parents responsible for making sure their child/children do not violate this law.

OPD suggests that all parents familiarize themselves with the statute.

In the past, business owners and residents alike have expressed their concerns and stated that they feel this matter is a parenting issue. Business owners have made it clear that they will not risk losing business over a disruptive child. Multiple business owners told Ocala Post that if a child/teen is causing an issue that OPD would be notified.

Previously, the owner of an Easy Street restaurant, who did not wish to be identified, said, “This is a parenting issue. I read OP (referring to Ocala Post) and see the posts on the Ocala Police Department’s  Facebook page. Many of the crimes in this area are being committed by kids who are not being watched.” He went on to say, “Kids are committing the crimes then the parents cry about it when their children get arrested. If you (referring to parents) don’t want a business to have your child arrested, then do a better job as a parent.”

Parents are being asked to step up and take more responsibility for their children. However, some parents feel their hands are tied and fear being arrested for child abuse if they discipline their children.

In the city limits, the curfew will be enforced and fines will be issued if parents do not take appropriate measures.

What are your thoughts on the curfew?