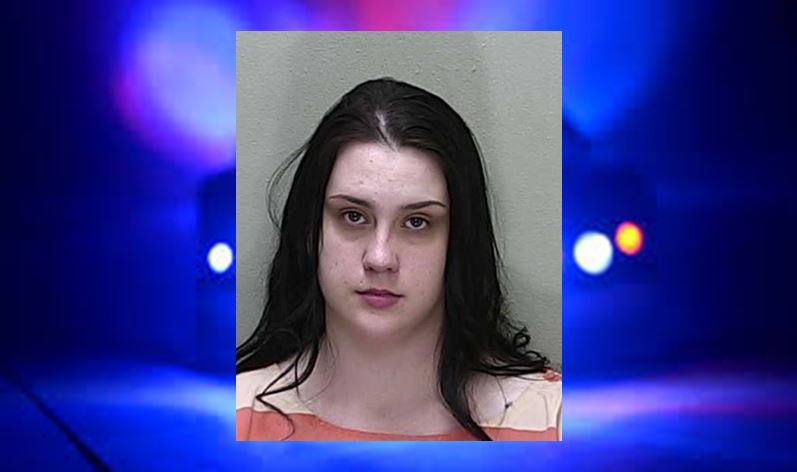 Ocala, Florida — A 22-year-old woman was arrested Tuesday and charged with making a false report of sexual battery.

Nicole Hosmer, who is from Leesburg, reported to Ocala police on May 2 that she had been kidnapped by an armed man.

She stated that she was driving down the street when the man entered her vehicle and forced her to drive him to a gas station and McDonald’s.

Hosmer told police that the man had removed her pants and attempted to rape her at gunpoint.

The man, who was falsely accused, denied all accusations when he was interviewed.

According to reports, Hosmer had actually stopped the man on the street and asked him to get into her vehicle. She told the man she felt sorry for him because he was homeless.

Detectives reported that after the man entered the vehicle, Hosmer drove to an ATM and withdrew $60. Hosmer then told the man that she wanted him to use the money to buy drugs for her. When he refused, she became angry. That is when Hosmer went to police and accused the man of attempted rape.

Hosmer later retracted her story and confessed to lying. She told OPD detectives that the man never made any sexual advances toward her.

Hosmer was released from the Marion County jail Wednesday on a $500 bond.

Detectives said the man was not arrested during the investigation.

We want to hear from you. Do you feel the penalty should be greater for a woman who falsely accuses a man of rape?