The Florida Department of Corrections officer who worked for Lowell Correctional Institute and left a female’s face disfigured said she deserved it because she had verbally disrespected a captain.

Due to his actions, former corrections officer Adrian Victor Matthew Puckett will serve a light sentence of 30 days in jail.

Court transcripts show that Circuit Judge Anthony Tatti told Puckett that his sentence was well below the punishment guidelines and that, he could have been sentenced to 20 years in prison. Puckett’s 30-day sentence will be followed by 60 days of probation.

The judge also informed Puckett that if he gets in trouble anytime during his sentence that he could go to prison.

The aggravated battery took place in January of 2019. Investigators said that Puckett had an inmate’s arms restrained behind her back. Puckett stated: “She disrespected the captain and needs to fall.” According to state records, after sweeping her legs, Puckett slammed the woman, face first, into the concrete and knocked out three of her teeth. The impact caused her lower lip to split in two, her nose to be lacerated, and she suffered serious bruising and contusions.

The state said the inmate was permanently disfigured.

A second corrections officer who was involved, Kurtis Kyle Mitchell, was fired, however, the charges Mithcell was facing were dropped by the state. He was facing a charge of Principal to Aggravated Battery with Great Bodily Harm.

Puckett reported that the inmate resisted him, but other corrections officers who witnessed the incident stated otherwise.

Ocala Post has previously addressed this issue with the Attorney General’s Office.

The Sunshine Law also states that the Statute may not be manipulated by any agency and that any attempt to do so could be met with penalty.

As for Puckett, he will be required to relinquish his law enforcement certification but can reapply after he has completed his sentence, including probation. 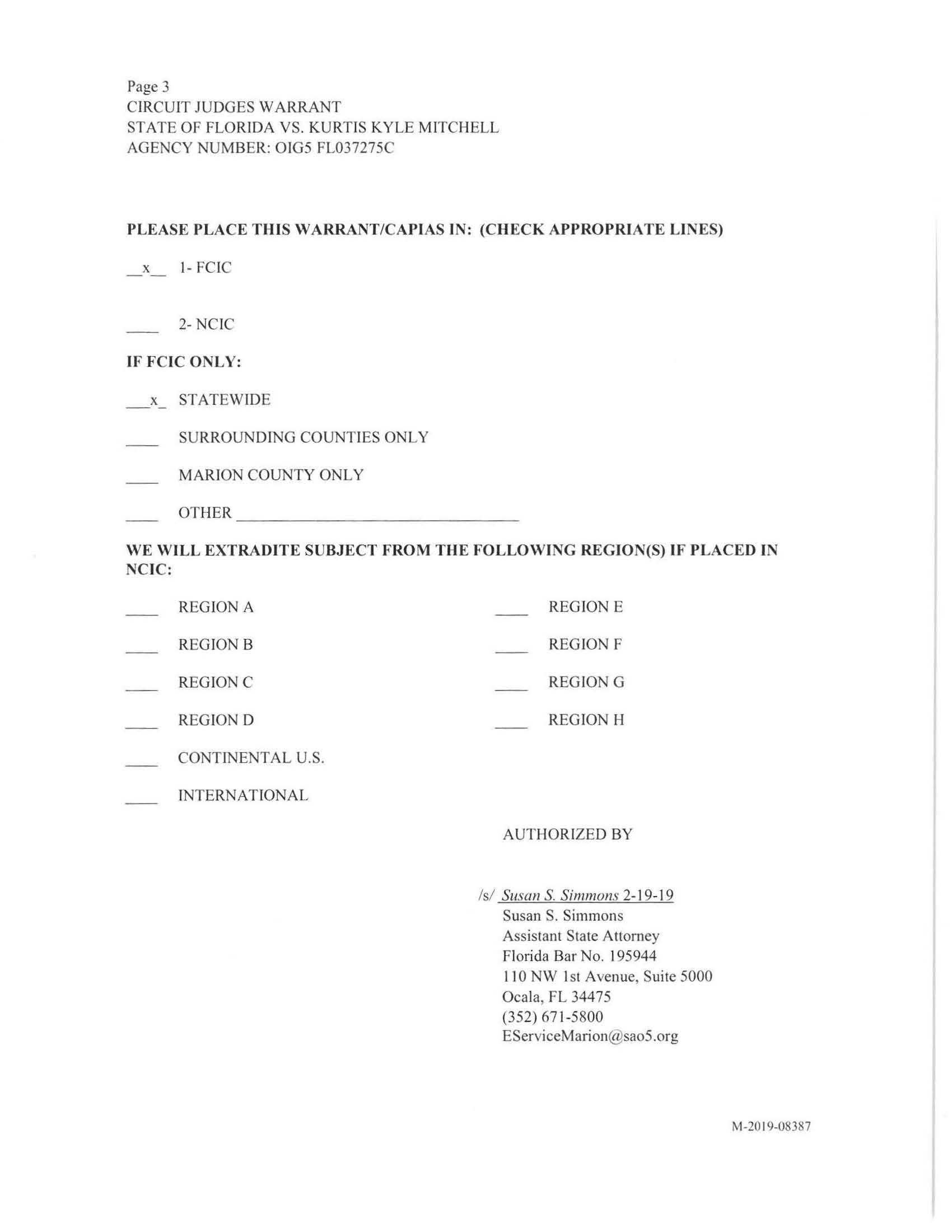 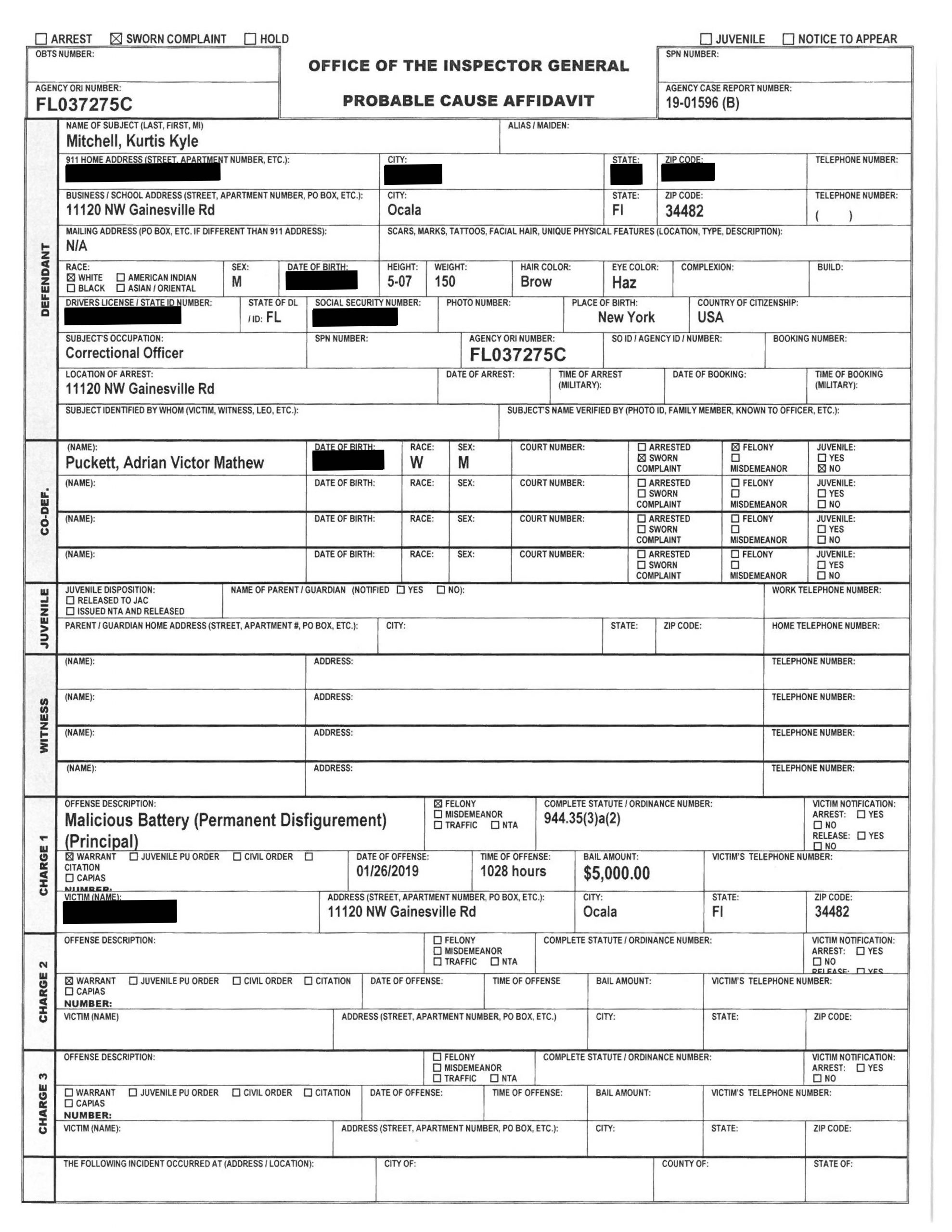 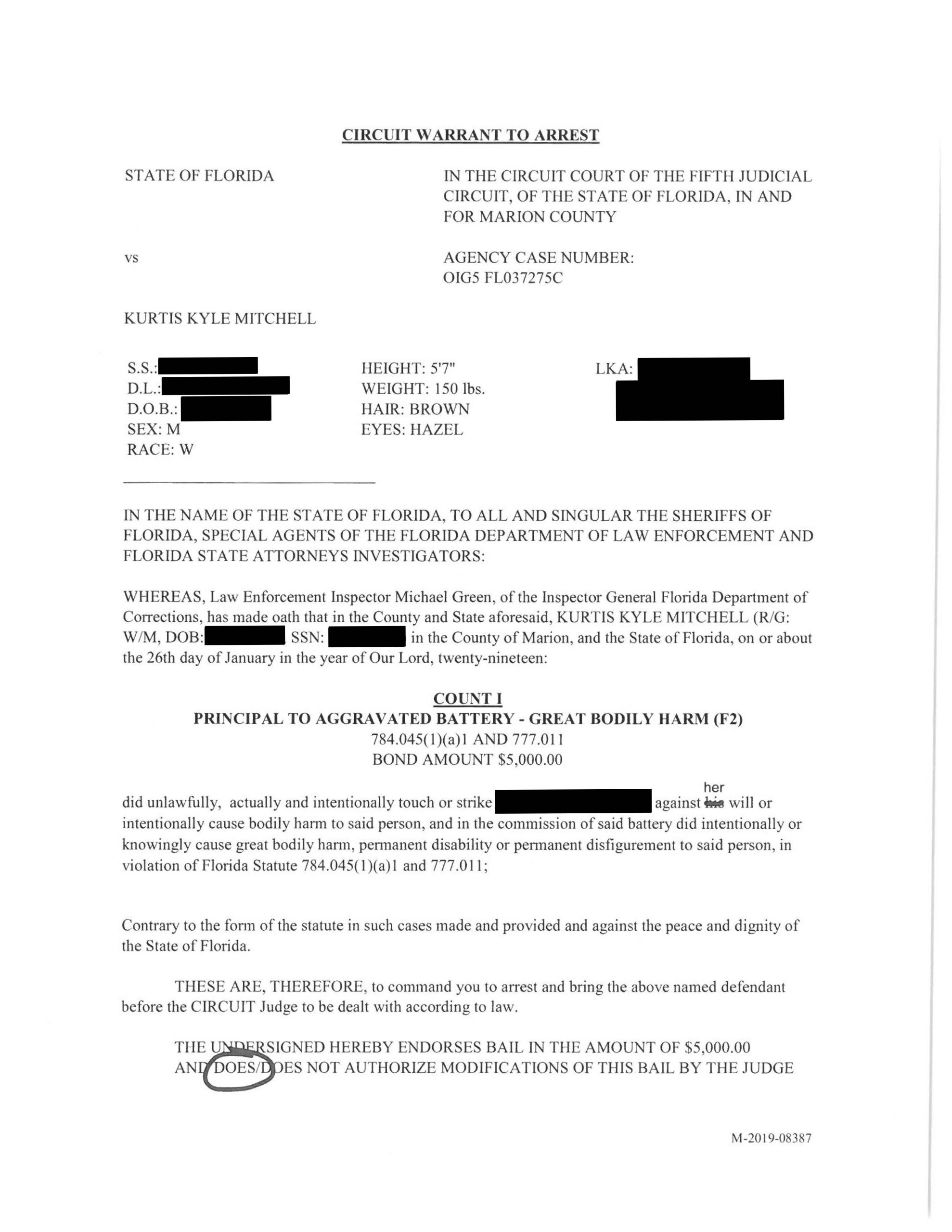 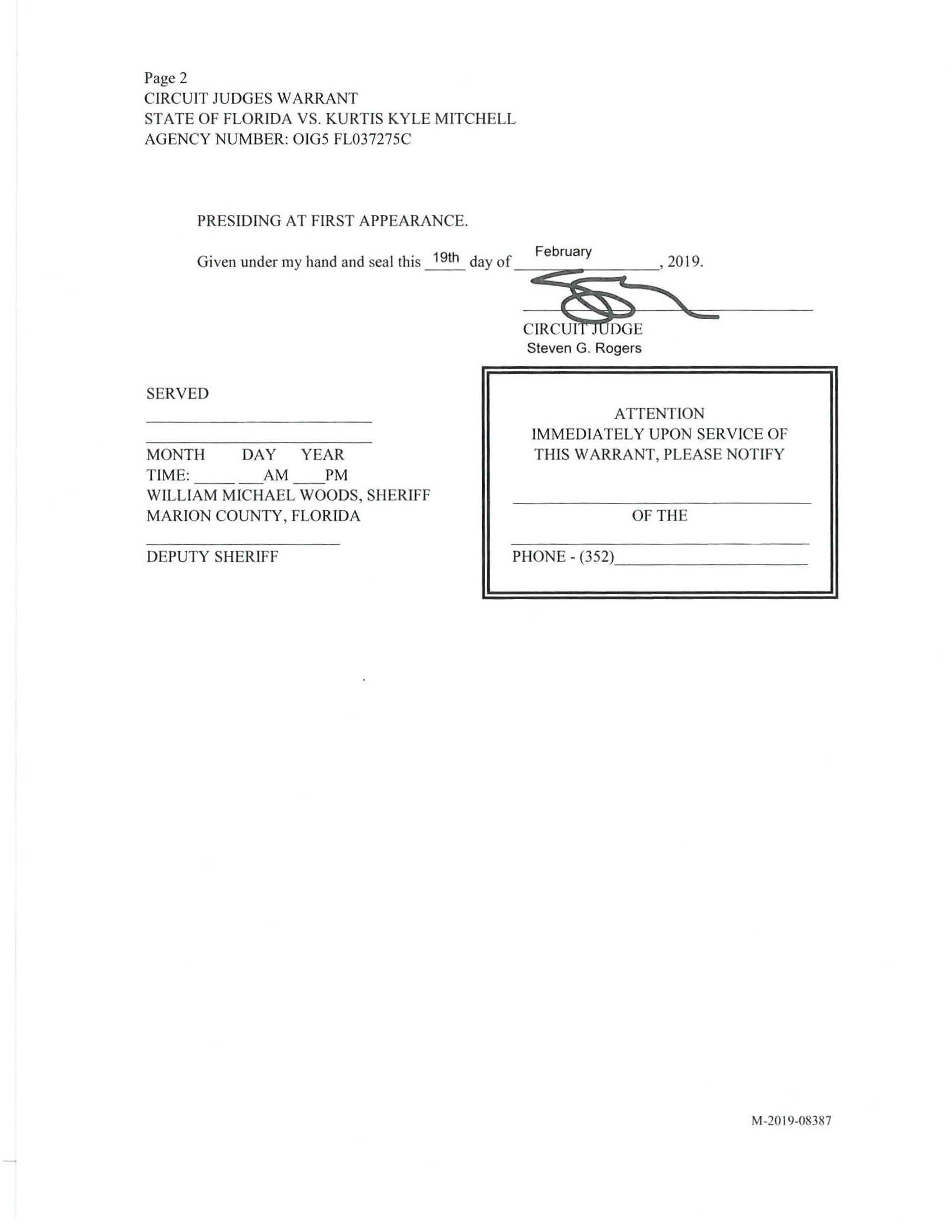 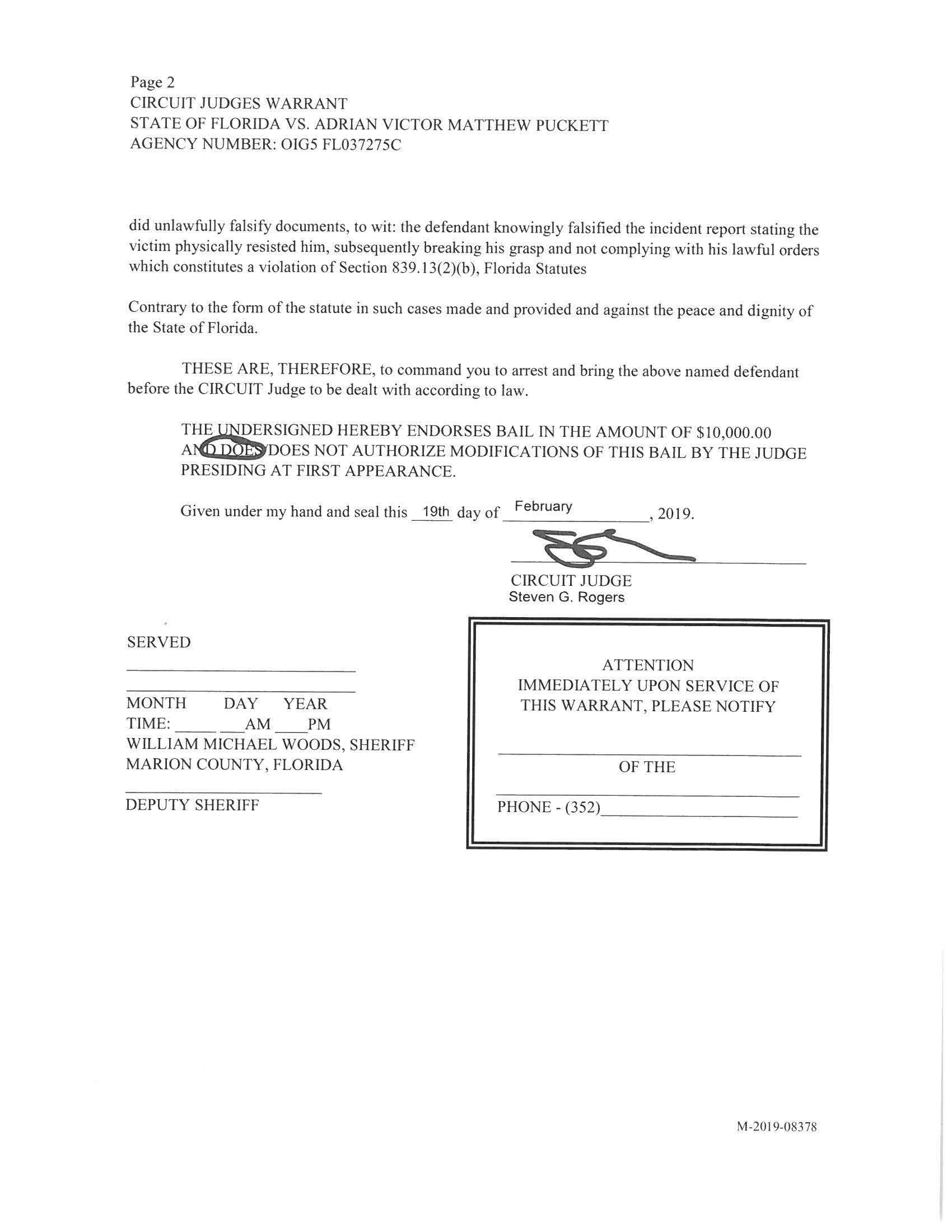 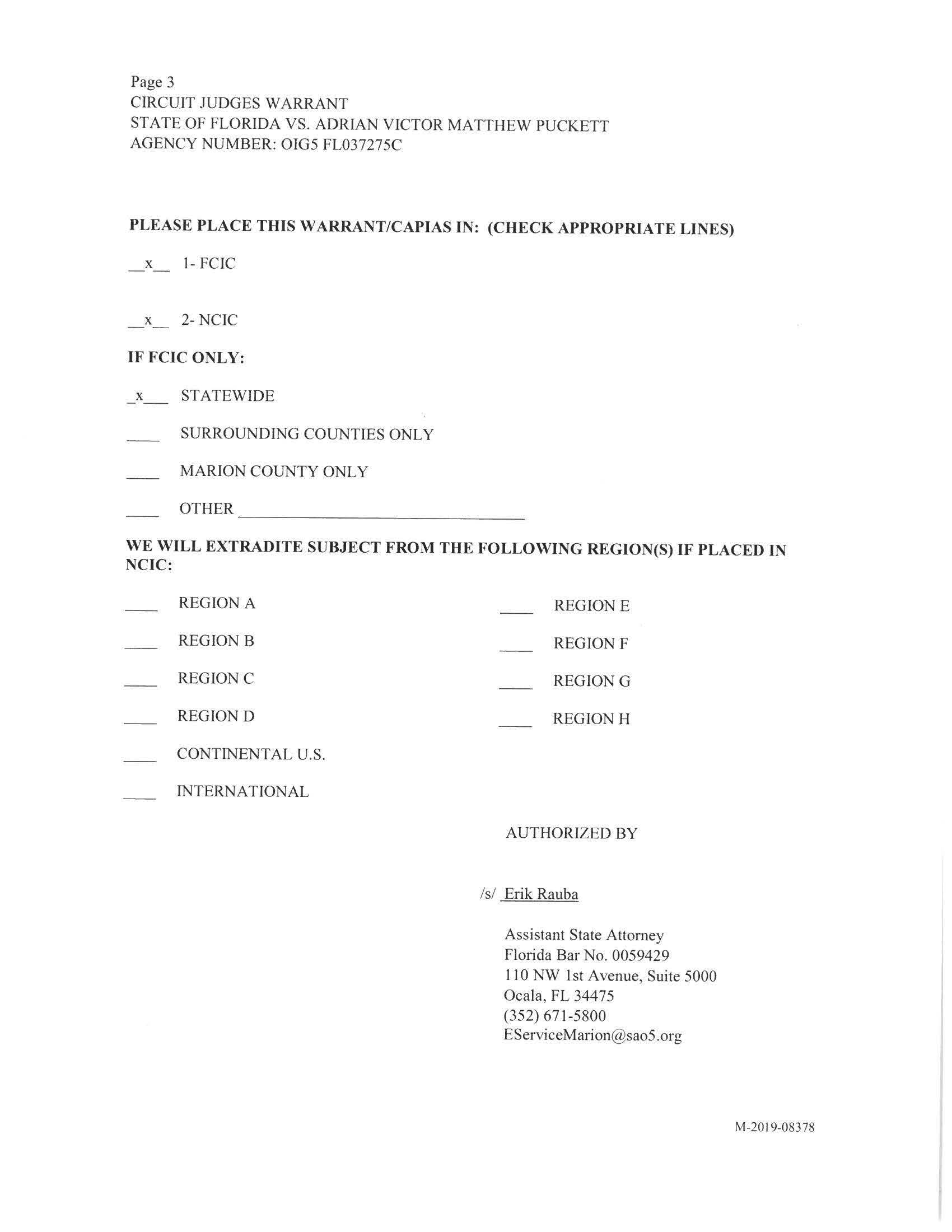 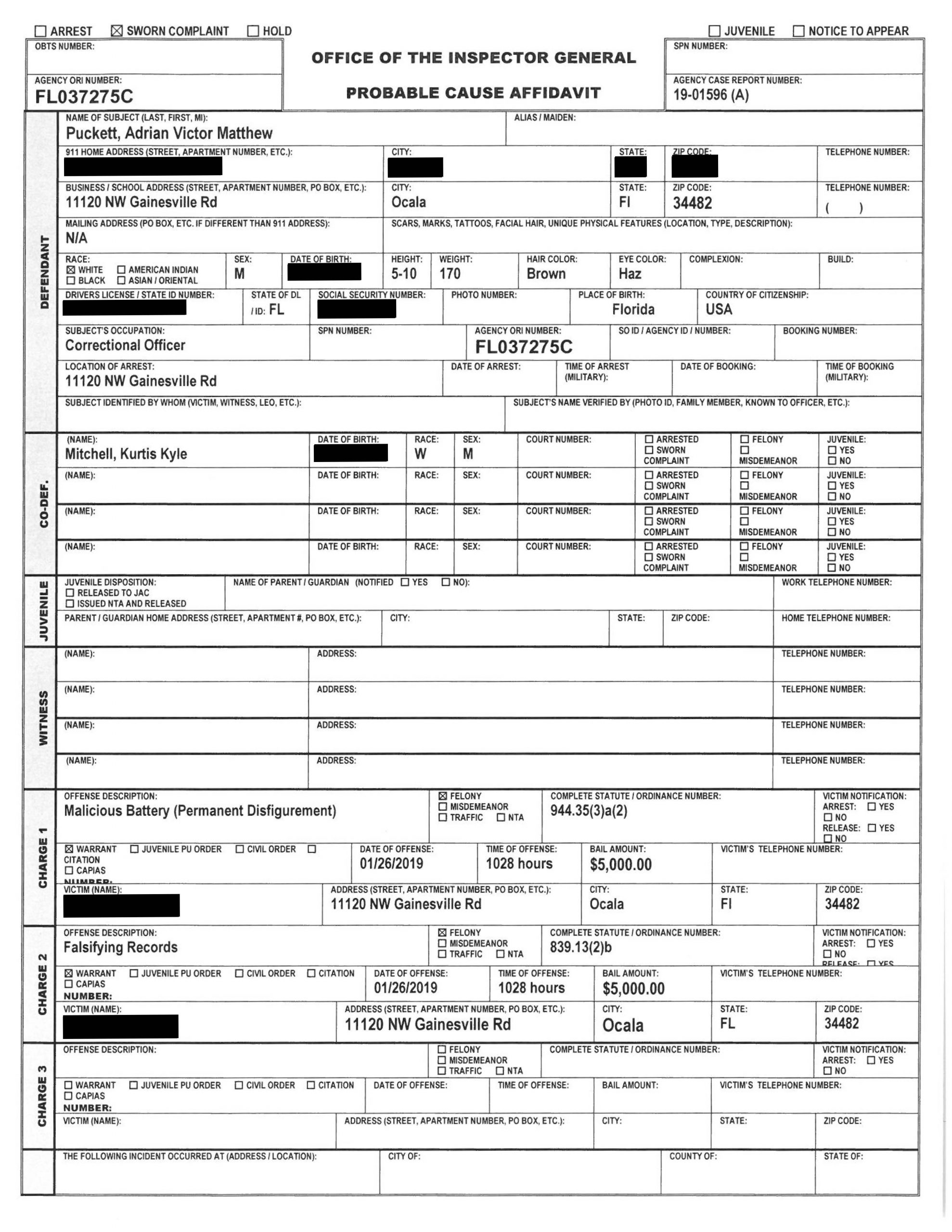 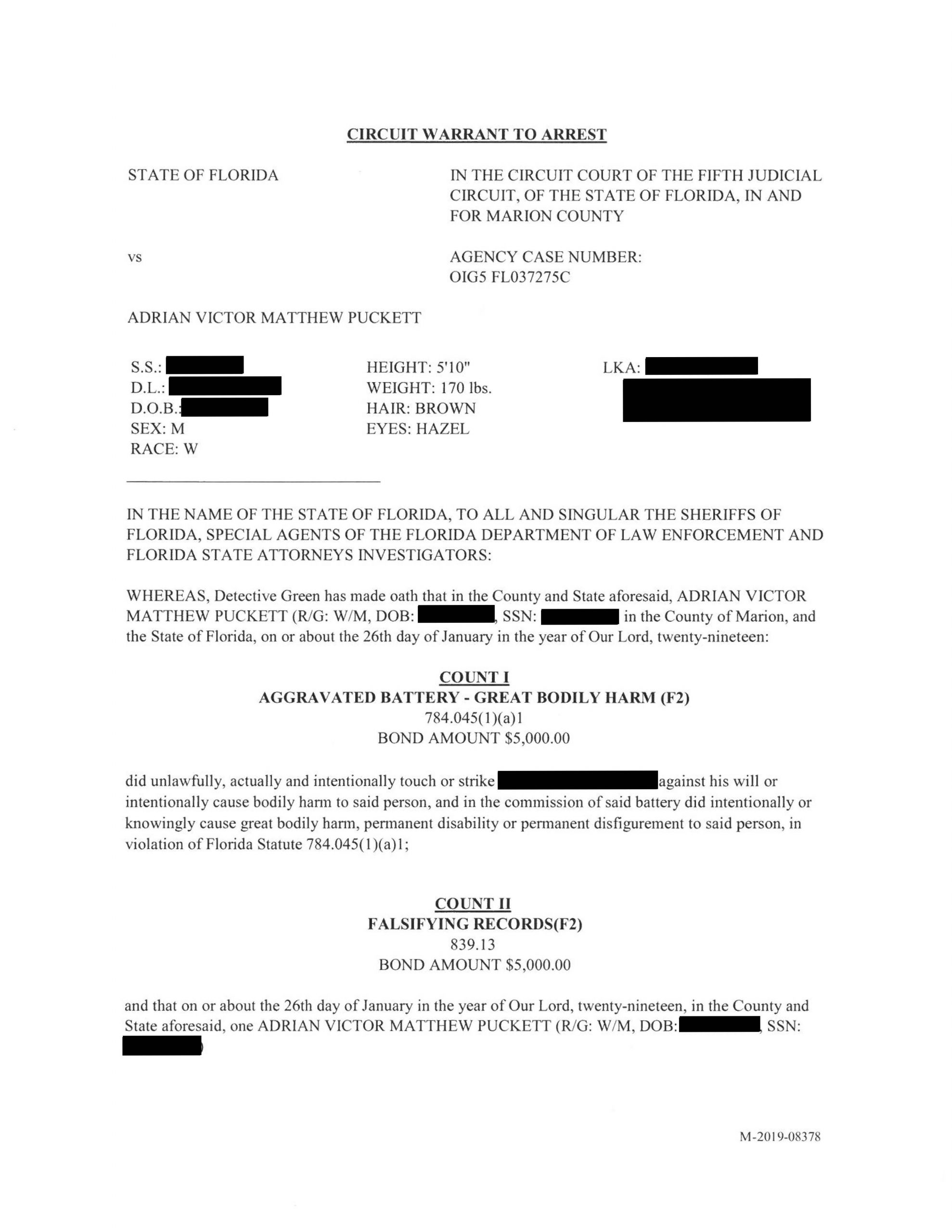