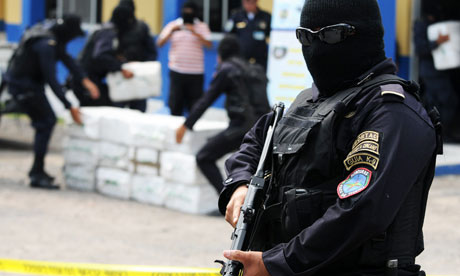 Brooklyn, New York — Angel Gregorio Liriano Cruz was arraigned yesterday afternoon before United States Magistrate Judge Roanne L. Mann, at the federal courthouse in Brooklyn, New York, on heroin and cocaine trafficking charges. Liriano Cruz is alleged to be the leader of an international drug organization responsible for shipping more than 200 kilograms of heroin and 35 kilograms of cocaine to the United States between 2002 and 2007. Liriano Cruz was arrested on an extradition request issued from the Eastern District of New York and extradited from Spain to the United States on November 8, 2013.

The extradition and charges were announced by Brian Crowell, Special Agent in Charge, Drug Enforcement Administration (DEA), New York Division and Loretta E. Lynch, United States Attorney for the Eastern District of New York. The investigation was conducted by the DEA JFK Airport Office, with assistance provided by law enforcement authorities in Spain and the Dominican Republic.

As detailed in the indictment and other court filings by the government, Liriano Cruz’s regular heroin and cocaine supply route during part of the course of the conspiracy originated in the Dominican Republic, continued to Puerto Rico, and concluded in the New York City metropolitan area.

“As alleged, Angel Liriano Cruz ran a pipeline of poison, flooding the U.S. with millions of dollars’ worth of heroin and cocaine sent through Caribbean locales. His alleged drug distribution organization was not limited by international boundaries, but neither is the reach of U.S. law enforcement with the assistance of its partners abroad,” stated United States Attorney Lynch. “We are steadfast in our commitment to bringing drug sources to justice and stemming the flow of illegal narcotics into this country and the streets of our communities.” Ms. Lynch extended her grateful appreciation to the agencies that conducted the government’s investigation, including the DEA JFK Airport Office, comprising the New York City Police Department, Port Authority of New York and New Jersey, and Nassau County Sheriff’s Office. She also thanked the Department of Justice, Office of International Affairs, for its significant assistance in this case.

“Liriano Cruz is the alleged leader of a drug distribution organization responsible for shipping more than 200 kilograms (440 pounds) of heroin and 35 kilograms (77 pounds) of cocaine into our neighborhoods. This organization fueled the ongoing heroin threat our communities face, and we estimate this international drug network earned $13 million selling this poison. On Friday, November 8th, Liriano Cruz arrived in New York to face federal narcotics charges based on the diligent work of the DEA, NYPD, Nassau County Sheriff’s Office, the Port Authority of New York and New Jersey, and the U.S. Attorney’s Office Eastern District of New York. I commend their dogged pursuit of this key heroin trafficker,” stated DEA Special Agent in Charge Crowell.

As part of the investigation, in May 2007, DEA agents seized approximately 36 kilograms or 79 pounds of heroin hidden in furniture that was allegedly modified for the organization to transport the narcotics. That furniture was en route to be forwarded by common carrier to the Bronx, New York, with a return address in Puerto Rico. Several days later, law enforcement agents, disguised as shipping company personnel, delivered in New York the furniture that had contained the heroin and arrested three members of the organization. Further investigation revealed that the seized shipment was the last of approximately 10 narcotics shipments that were sent in a similar fashion. The narcotics from this and other sources were allegedly distributed in the New York City area by members of the defendant’s organization and are valued by the DEA at more than 13 million dollars. Liriano Cruz also allegedly supplied heroin for internal couriers to bring kilo-quantities from the Dominican Republic to the United States. The couriers often smuggled the narcotics through JFK International Airport.
The charges in the indictment are merely allegations, and the defendant is presumed innocent unless and until proven guilty. If convicted, the defendant faces a maximum sentence of life imprisonment.
The government’s case is being prosecuted by Assistant United States Attorneys Sylvia Shweder and Douglas Pravda.