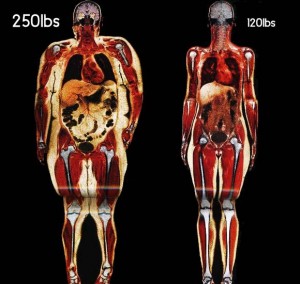 During the State of the Union address, Obama credited the first lady with reducing obesity in America. After spending nearly $500 million on the federal Healthy Food Financing Initiative, Obama said, “It’s working.” Except it’s not.

A study published on February 1, 2014, by Health Affairs suggests it is not working, in fact, the Healthy Food Initiative is a gross loss.

The report was authored by a team of researchers from the London School of Hygiene and Tropical Medicine and Penn State University’s departments of sociology, anthropology, and demography. The study was funded by the National Institute of Environmental Health Sciences with support from the Population Research Institute, although neither had a hand in the research design, collection, or analysis.

National and local policies to improve diet in low-income U.S. populations include increasing physical access to grocery stores and supermarkets in under-served neighborhoods. In a pilot study that evaluated the impacts of opening a new supermarket in a Philadelphia community considered a “food desert”—part of the Pennsylvania Fresh Food Financing Initiative—Health Affairs found that the intervention moderately improved residents’ perceptions of food accessibility. However, it did not lead to changes in the way people purchased groceries, fruit and vegetable intake or reductions in obesity. The changes simply gave consumers access to more food.

The effectiveness of interventions to improve physical access to food and reduce obesity by encouraging supermarkets to locate in under-served areas remains unproven. Therefore, the present findings suggest that simply improving a community’s retail food infrastructure may not produce desired changes in food purchasing and consumption patterns. Not to mention the cost of healthier foods is much higher than foods that are more pleasing to the taste buds.

Policy change and government intervention may not reduce Americas waist line, it will however add to careless spending of federal funds.

Plainly put, Americans are obese because they choose to be; forcing vegetables down someone’s throat who desires chocolate cake will not promote weight loss. Especially when we live in a society that accepts fat as the new skinny. A person has to want change in order to make a change.