Ocala PostOcala Newspaper - News without hiding the truth
More
Home News US News Worker sentenced to 30 days for picking up trash too early
Georgia — According to Sandy Springs, Georgia officials, Kevin McGill, 48, a Georgia sanitation worker for Waste Management Inc., was sentenced to 30 days in jail for picking up trash too early in the morning.

City officials said they have an ordinance in place that prohibits trash from being picked up too early in upper class neighborhoods. They said trash can only be serviced between 7 a.m. and 7 p.m., so residents are not disturbed early in the morning.

McGill had only been on the job three months when he was cited for picking up the trash at 5 a.m.

According to Chief Persecutor, Bill Riley, early trash pick-up has been an issue in the area. He said fines didn’t work, so they are going to start jailing people.

Riley said, “Sandy Springs residents, who include professional athletes and executives for Delta Air Lines, start calling 911 when they hear early garbage men.” He added, “Punishing McGill was the right thing to do.”

McGill did not have an attorney and pleaded guilty, so the court imposed the maximum sentence.

McGill has since obtained Attorney Kimberly Bandoh , who said they will ask for a reduced sentence. She said there is no reason why a hard working man that shows up for a job early should be penalized.

Waste Management Inc., said McGill has a family and they will stand by him.

On Monday, after heavy media attention, prosecutors announced they would amend his sentence, saying in a statement, “The actions of the court with regards to Mr. McGill’s sentence for violating the city’s noise laws was disproportionate to a first-time offense.”

He had already served two weekends in jail.

What do you think about the ordinance? 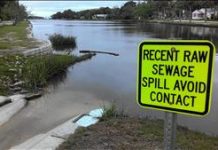