Ocklawaha, Florida — An Oklawaha woman who had previously been arrested for holding a knife to a man’s genitals has now been charged with Second Degree Murder.

On the scene, investigators saw a wooden-handled hammer laying nearby and noted that the victim had suffered blunt force trauma injuries to his head and face.

Detectives discovered that Wilkerson had been living with the victim. 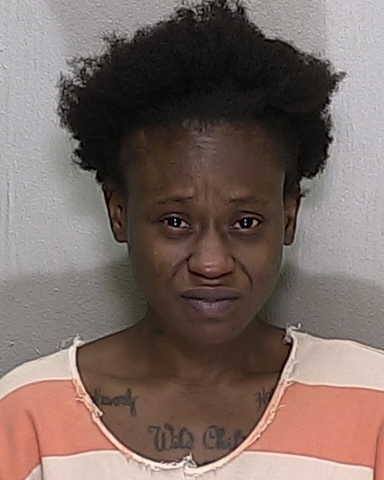 Neighbors reported that the victim had not been seen for a couple of days.

Wilkerson was later located and arrested on a separate outstanding warrant.

While in custody, Wilkerson was interviewed about the murder of Blanding, at which time she stated she struck the victim at least three times with a hammer. Additionally, she said that Blanding was not fighting back.

Wilkerson stated, “I don’t know why I could not stop myself from hitting him.”

Wilkerson is being held without bond.