Ocklawha, Florida — An Ocklawaha woman was transported to a hospital Thursday after she was injured in a mobile home fire.

Engine 4, Rescue 4, and District Captain 2 arrived on scene at 7:22 a.m. to find the double-wide mobile home fully engulfed in flames. 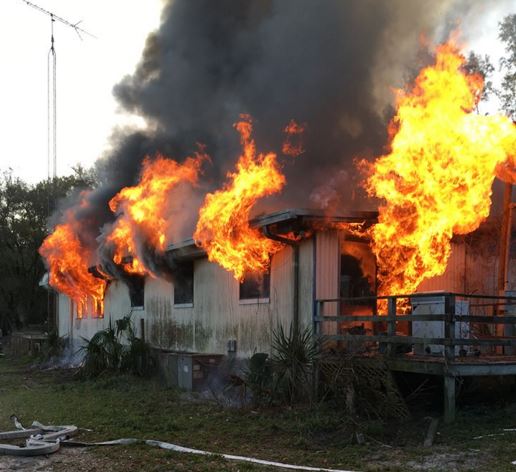 The 69-year-old occupant had already escaped the flames by the time units arrived.

She was treated on scene for her injuries and immediately transported to a local hospital as a “trauma alert”.

The mobile home, which had additional structures built on with an additional roof over the entire structure, was a complete loss.

According to a press release, 15 units and 30 firefighters were dedicated to this fire. The cause of the fire is unknown and is currently under investigation by the Florida State Fire Marshal’s Office.

No firefighters were injured while extinguishing the fire.