Video submitted to Ocala Post — Audio has been removed

Ocala, Florida — The Ocala Police Department is charging nine counts of Burglary-Unoccupied Conveyance-Unarmed and 1 count of Grand Theft to all seven juveniles involved in a serious traffic crash Monday.

Additionally, the Marion County Sheriff’s Office is charging all 7 with Grand Theft Auto in reference to the brown pickup truck. 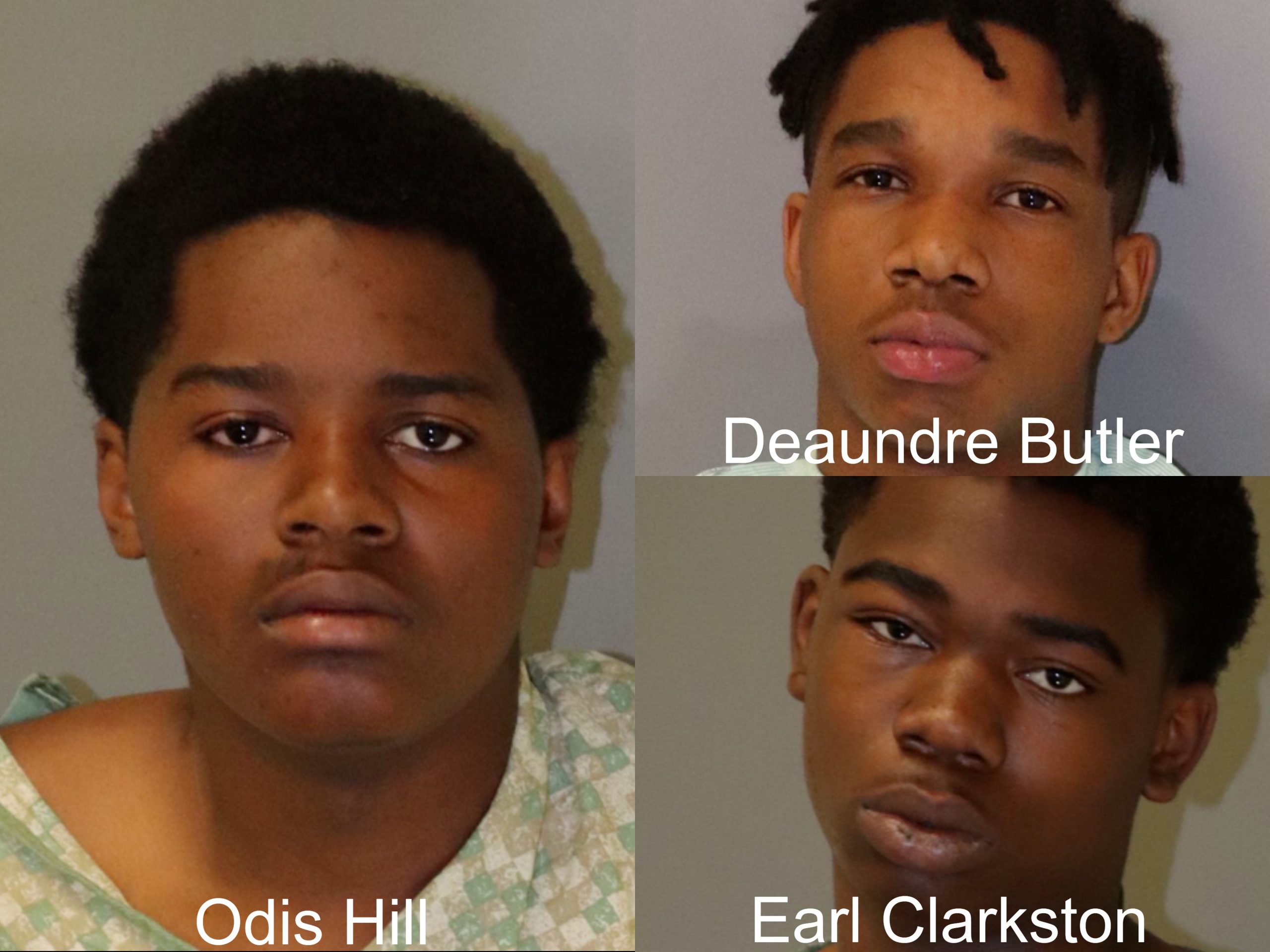 The investigation is ongoing and the juveniles could face additional charges.

Ocala Post will release all booking photos as they become available.

On Monday, Ocala Fire Rescue (OFR) responded to a serious crash where some of the occupants had been ejected.

According to a press release, when OFR crews arrived at the scene they observed multiple patients on the ground and a vehicle on fire.

“The brown pick-up truck was occupied by seven individuals – five of which were seated in the bed of the truck and ejected upon impact. The white pick-up truck and compact SUV each held one occupant,” OFR stated in a press release.

Three drivers and six passengers were transported to local hospitals.

The Ocala Police Department has since released more details about the crash.

OPD officials say that seven teens from Tampa were in a brown 1989 Ford pickup truck that had been reported stolen from Dunnellon after their stolen Durango got a flat tire.

Marion County Sheriff’s deputies spotted the truck after it was reported stolen, but say they did not initiate a high-speed pursuit due to the fact that the bed of the truck was occupied by juveniles.

According to OPD, when the driver of the truck, a 14-year-old boy, spotted the patrol car, he allegedly sped away at a high rate of speed. A short time later, the boy lost control of the truck near the 6100 block of West SR 40, near Southwest 60th Avenue and skid into oncoming traffic. The Ford then crashed into two vehicles.

The pickup truck then burst into flames.

According to OPD, the 14-year-old and his 15-year-old passenger were seriously injured and remain in critical condition.

OPD said of the five other juveniles — ages 11 to 16 — four were injured and one was not.

The two drivers of the other vehicles were treated and released from the hospital.

The juveniles are accused of going on a crime spree in which they committed several auto burglaries in the Fore Ranch area. Some of those items were recovered at the site of the crash.