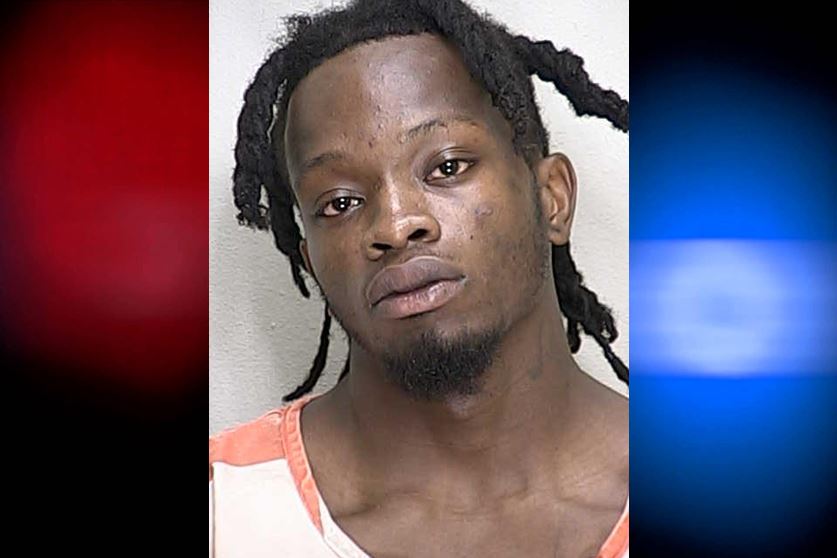 Ocala, Florida — An unrelated incident landed police in the right place at the right time.

Ocala police responded to Ocala Place Apartments for an unrelated incident when they heard a woman scream for help from inside her apartment.

The victim told police that James Jackson, 22, was inside the apartment “horse playing” near her newborn baby.

She stated that she asked Jackson to “‘stop playing so rough around the baby because she was afraid the baby would be hurt.”

According to the arrest affidavit, Jackson then mumbled something under his breath.

The victim then said, “Speak up and tell me what you said.”

Jackson then turned, grabbed the victim by the throat with both hands, and began to choke her.

The victim told police that he had cut off her air supply and could not breathe.

Afraid she would lose consciousness, the victim began striking Jackson, at which time he let her go.

Once Jackson had released the victim, she began to scream for help and realized police were already outside.

Jackson then ran out of the apartment and fled on foot.

Police were unable to locate Jackson at that time. On August 24, two days after the incident occurred, a warrant was issued for his arrest.

On October 9, a Marion County sheriff’s deputy arrested Jackson on the warrant.

He was charged with Battery by Strangulation.