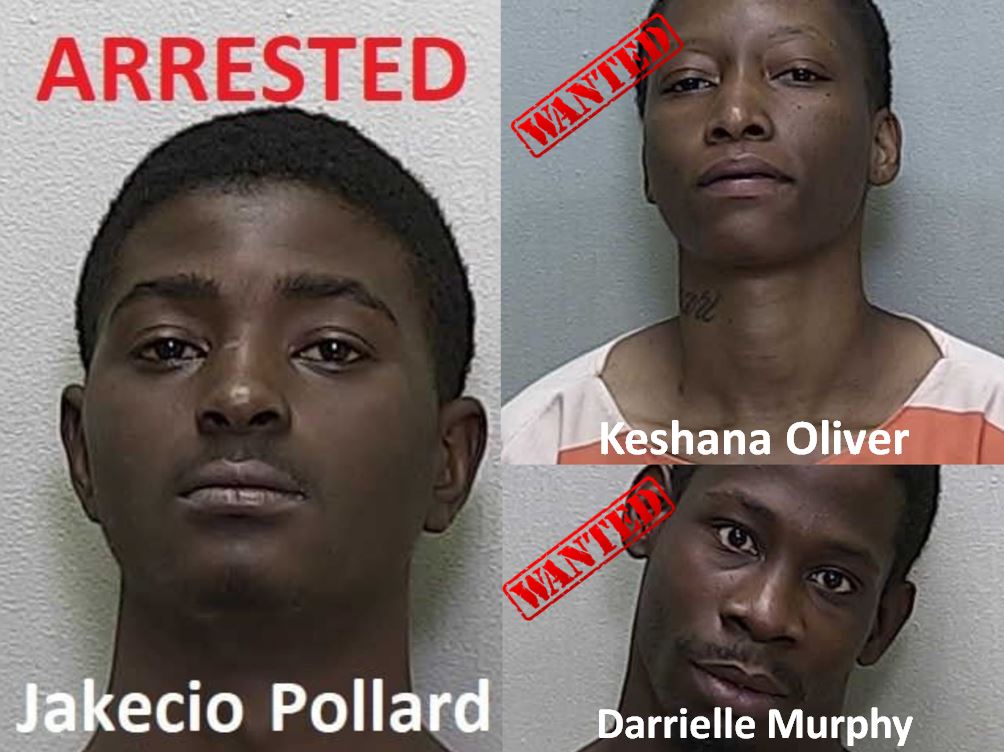 Ocala, Florida — The Ocala Police Department is asking for the public’s help with locating two suspects who are wanted in connection with an attempted murder case.

According to OPD, on May 2, officers responded to a 911 call in reference to a 48-year-old man who had beat beaten with a baseball bat and shovel. The victim was also robbed.

The incident occurred in the meidan in the area of the 2000 block of West SR 40.

As a result of the beating, the victim suffered multiple skull and vertebrae fractures.

The victim was jumped by three suspects.

One of the suspects, identified as Jakecio Pollard, has already been located and arrested.

Darrielle Murphy and Keshana Oliver are still on the run.

If you have any information about the suspects, please contact OPD at 352-369-7000
or you can submit an anonymous tip at Crime Stoppers of Marion County at 352-368-STOP (7867). Tips can also be submitted at www.ocalacrimestoppers.com. You might be eligible for a reward. Anonymity is guaranteed.