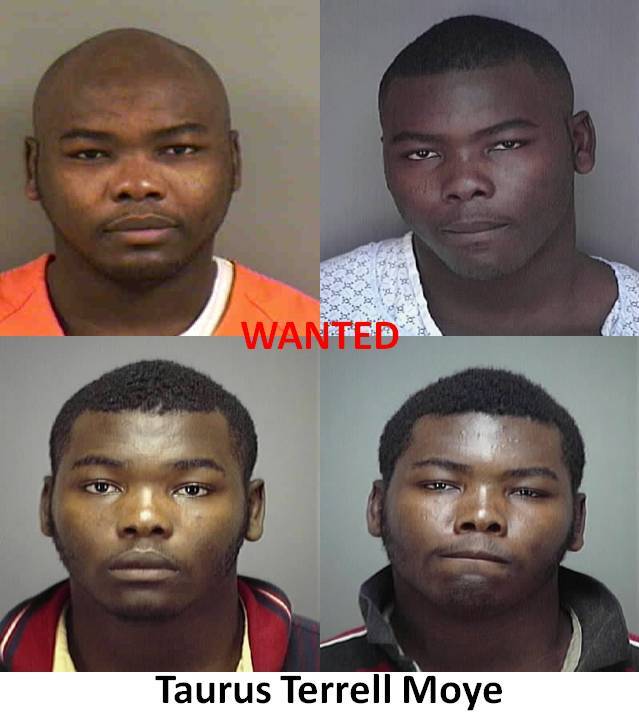 Polk County, Florida — Polk County Sheriff’s detectives say they now have a suspect in the October 11, 2013 murder of Davonte Lewis.

A warrant for Taurus Terrell Moye, 35, has been issued for Possession of a Weapon by a Convicted Felon and he is wanted for questioning in a Homicide.

Moye is described as a black male, 6′ tall weighing approximately 218 pounds. Moye also has several tattoos; On his back “Stromb” and “It was Written”; on his left arm: “Krazy,” “TM,” and “WPG”; on his right arm: bars, “Cry No More” and “He Has Gold Teeth.” His last known address is 5634 Cherry Wood Circle in Lakeland, Florida. He may also use the name Terrell.

Moye has an extensive criminal record and multiple felony convictions beginning at the age of 18. He was just released from prison in May of 2013 after serving a 10 year sentence for Attempted Second Degree Murder and Aggravated Battery With A Deadly Weapon. His list of charges include Distribution of Cocaine, Armed Robbery, Fleeing and Eluding Police, Aggravated Battery, and Attempted Murder.

Authorities say that Moye is as dangerous as they come, and he does not have any respect for human life or law enforcement. He is wanted and considered armed and extremely dangerous. If you see him, do not approach him. Immediately call 911.

Moye may have ties to other cities in Central Florida.

Take a good look at his photos; If anyone has information about Moye’s whereabouts they are urged to contact Detective Jason McPherson at 863-298-6200.