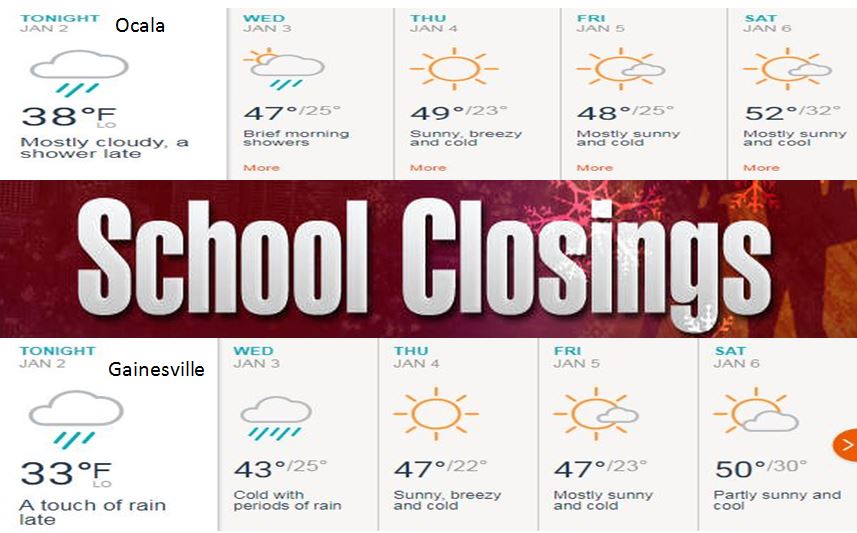 Alachua County Public Schools announced that due to a cold weather advisory issued by the National Weather Service, Alachua County public schools and offices will be closed January 3 and 4.

According to school board officials, makeup days have been rescheduled for June 4 and 5.

Marion County officials said that all Marion County Public Schools will remain open. However, students will receive an excused absence if they miss school.

Additionally, school officials said that they will begin heating classrooms Tuesday night. It is a rumor that heat would not be used due to budget issues.

The following schools announced that they will be closed due to the cold weather:

Schools officials in some areas say they are worried about “black ice”.

We want to hear from you. What do you think about schools closing due to cold weather?