Spring Hill – On July 19, 2014,at approximately 5:20 p.m., the Hernando County Sheriff’s Office Emergency Communications Center received a call from a citizen reporting a possible sinkhole in or near the roadway at the intersection of Eldridge Road and Van Allen Way in Spring Hill.

Deputies arrived to find a depression in the roadway that measured approximately 25×25 yards and 30 feet deep.

At this time one home has been evacuated. Three other homes were temporarily evacuated; however, the residents were later permitted to return to their homes.

There have been no injuries reported. 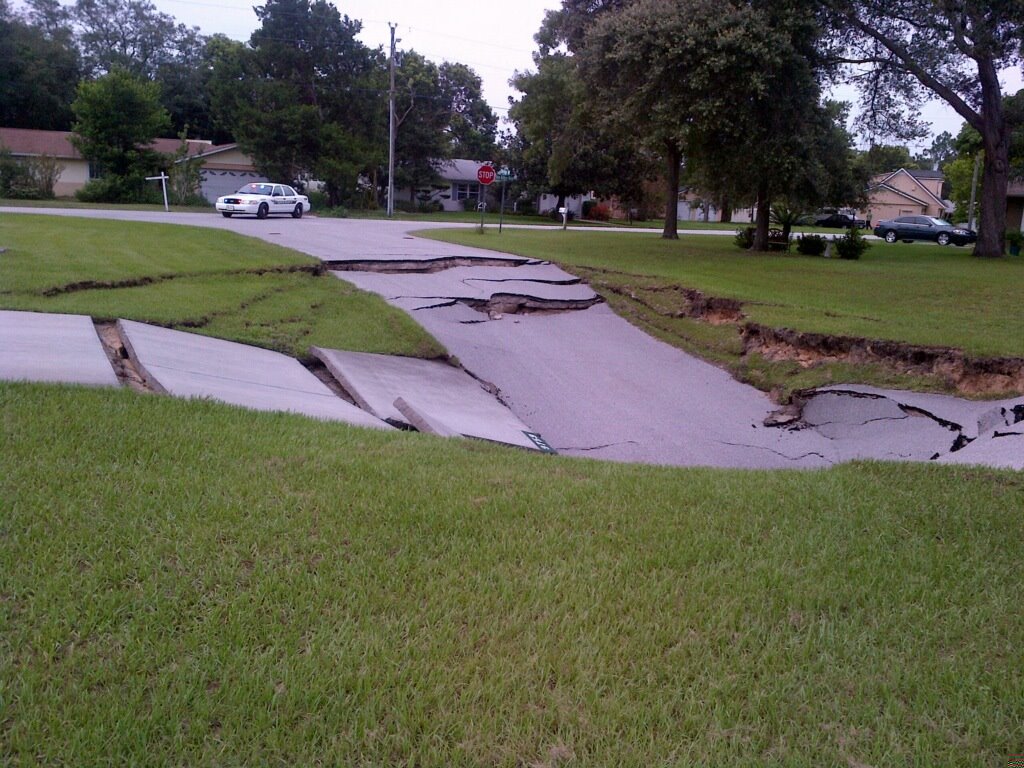 The intersection will be closed until further notice.