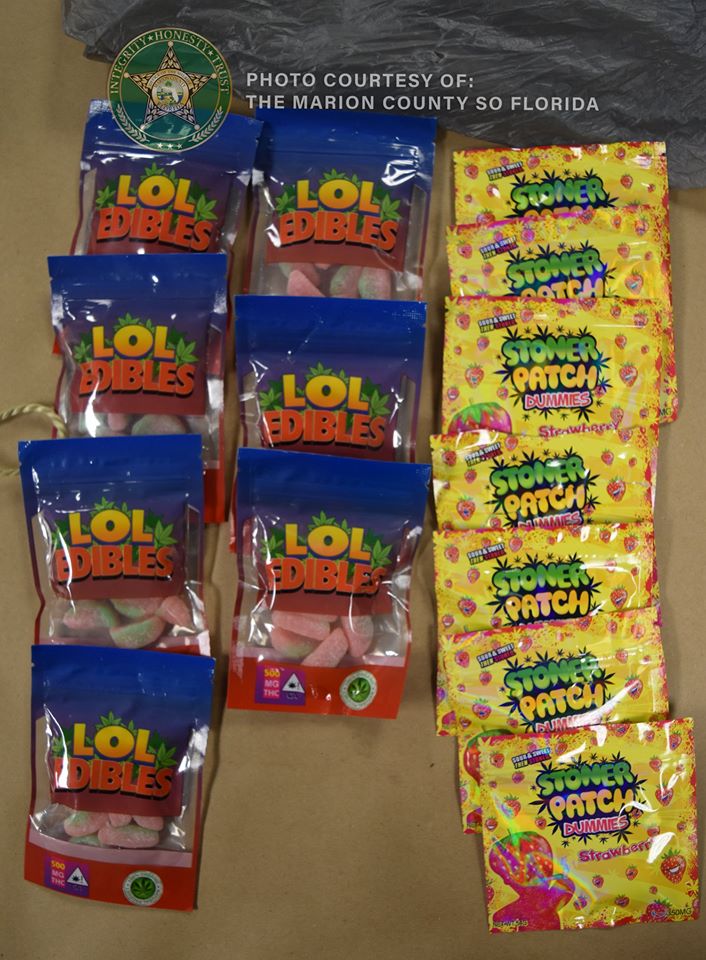 On June 11, 2020, the Marion County Sheriff’s Office, located in Ocala, Florida, posted about a “drug” bust on Facebook.

A deputy with the sheriff’s office had pulled someone over and busted them with marijuana gummy edibles. The sheriff’s office then attempted to convince the public that the edibles were packaged in such a way for the purpose of giving them to children. Additionally, they tried to convince the public that THC causes seizures and respiratory distress.

The fact is that THC does not cause seizures. In fact, it reduces the chance of having a seizure and has long been a treatment for epilepsy and Parkinson’s.

Research published in The New England Journal of Medicine that highlighted the most rigorous scientific study to date showed that with marijuana and seizures, medical marijuana, cannabidiol or CBD is an effective anti-seizure agent.

On MCSO’s Facebook post, Timothy Jones, wrote, “First, no one who pays the price for edibles would give them away for free. Second, everyone knows the packing is simply to avoid detection. Third, we all know marijuana does not cause seizers.”

The research has been so promising that more is being done to look into the potentially beneficial links between marijuana and seizures. There was also research gathered by cannabis clinicians in Maine, Washington, and Wisconsin. Their findings, reviewed by licensed physicians, were reported in a peer-reviewed article showing the unique advantages of marijuana and seizures relationship to one another. In the overwhelming majority of the patients they reviewed, there was a great level of seizure reduction seen with the use of medical cannabis, and in some patients, seizures were completely in remission….even in children.

Edibles are also used to treat insomnia, anxiety, loss of appetite, and many health issues and are far more effective than opioids.

Furthermore, the sheriff’s office claimed the deputy could “smell marijuana emitting from the vehicle.” Again, edibles do not have the same aroma as marijuana. Edibles do, in fact, smell distinctly different from the plant and have an altered chemical composition. Todd Knupp, extraction specialist at Colorado’s University of Cannabis Technologies, says most commercially made edibles use a standardized extract of THC that does not typically include terpenes, the fragrant compounds that give cannabis its aroma. In almost all cases, Knupp says that edibles smell nothing like marijuana at all. He elaborated by stating that usually, only a trained dog could detect the THC in edibles.

Rutger MacDonald, wrote, “I would rather my kid have a cannabis gummy than a D.A.R.E. certificate.”

Cory Hurrle, wrote, “Nobody is giving away their edibles, you dummies. Next time you want to post something like this, go grab a maple bar instead.”