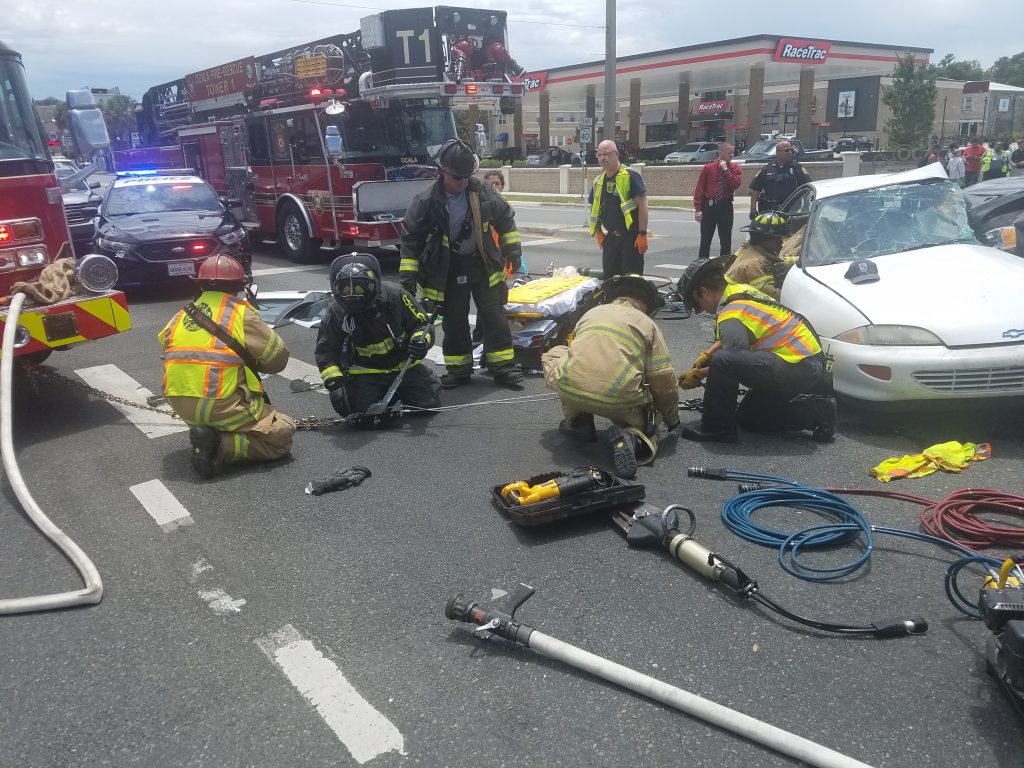 The intersection of West Silver Springs Boulevard and North Pine Avenue was temporarily closed Thursday following a traffic crash where a driver was trapped inside the vehicle.

OFR Crews arrived at the scene to find two vehicles – a white sedan and a black pick-up truck — involved in a crash.

OFR said, “Crews assessed the scene and identified that the driver and sole occupant of the white sedan were in need of extrication.”

Firefighters then stabilized the sedan and gained access to the driver via the passenger’s side. The driver was extricated, and trauma alerted to a local hospital.

None of the pick-up truck’s occupants were transported to the hospital.