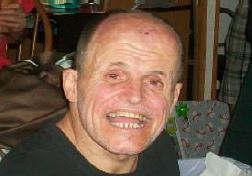 Ocklawaha, Florida — The search for John Radabaugh Jr. has been has now been called off.

With a large portion of the community being involved, the Marion County Sheriff’s Office organized a search for Radabaugh Jr. that took place for five days. Volunteers turned up by the dozens and right along the side of law enforcement, they left no stone un-turned. On Saturday alone, more than 150 people were involved in the search including law enforcement, fire officials and volunteers.

John Radabaugh Jr. is still missing. Tonight, Lieutenant Mcfatten, with the Marion County Sheriff’s Office told Ocala Post that they have spoken with the family of Radabaugh Jr. and explained that the sheriff’s office has exhausted all of their resources. Mcfatten said, “I urge the community to stay involved and if someone were to find a shoe, shirt or any other item that would produce a lead, of course we would resume the search at that time.” Adding, “The family understands.”

Step mom Kim Fairless Boyer Agents wrote, “I am 110% Happy with the Marion County Sheriff’s Office and all their staff that was involved in this search.” She is now asking for the community to stay involved and search in every shed, tree house or outdoor building in the area of 19455 SE 91st Place in Ocklawaha, where Radabaugh Jr. went missing.

If you have any information on the whereabouts of John Radabaugh Jr., you are urged to call 911 immediately.

Class of 2021 will receive graduation tickets based on class size