“What a warrior he is, and truly incredible what he did throughout the postseason,” Giants manager Bruce Bochy said of Bumgarner. “I just told him I just can’t believe what he accomplished through all this. He’s such a humble guy, and we rode him pretty good.”

Once Bumgarner entered the game the Royals were able to only muster 2 hits. The last hit Bumgarner allowed was a single to center field that due to an error allowed Alex Gordon to go all the way to third with two outs in the 9th.

Salvador Perez ended the game by fouling out to the third baseman Pablo Sandoval, who immediately fell to the ground after in celebration after catching the foul ball.
—By Brandon Wilson— 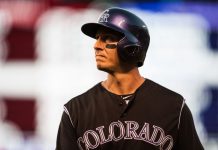 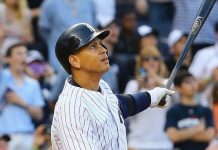 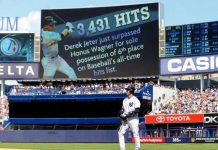 McCutchen to remain on active roster 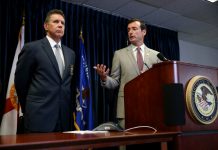 Owner of Biogenesis of America turns himself in