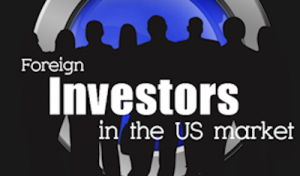 Ocala, Florida — Real estate sales are on the rise in Marion County. The economy seems to be improving, and more people are buying homes and taking advantage of the low prices from short sales.

The Florida Realtor Association wrote in July , “U.S. Consumer Confidence is up 7 points from May but even more impressive is the year-over-year gain. In June 2012, the level was 62.7 and now in June 2013, confidence is at 81.4 – up 18.7 points. The National Association of Realtors reported growth in closed sales and their latest Pending Home Sales Index is at the highest level since 2006.”

The Florida Realtor Association claims that sales are up for Florida particularly Marion County and Orange County (Orlando Area).

Ocala Post has been investigating the so called rise in real estate sales for nearly 30 days. Ocala Post discovered that sales are up, however the numbers have not risen because residents in Marion County are buying homes.

After seeing the charts prepared by the Florida Real Estate Association, one would think home purchases by middle class families had increased, however that would be an incorrect assumption.

A closer look revealed that more than 39 percent of homes being sold are being purchased by foreigners for the use of investment. Investment groups and individuals from the Middle East, Canada, Brazil, and Africa are purchasing homes by the handful and using them as rentals. Many of the investors set up shop in South Florida then hire brokers to do their shopping, usually hitting towns that have been hit hard by an economic downfall.

The Florida Real Estate Association puts on a good show using pie charts and bar graphs, but never actually coming out and telling the public who is purchasing the homes. And all the while trying to make Americans think the home purchases are boosting the economy.

The most recent purchase in Ocala was the 50,000 square foot complex on Silver Springs Boulevard that sold to an unknown Brazilian investor for $1.05 million dollars. Public records revealed that the foreign company is called DRS2 Galaxy based out of South Florida. Ocala Post asked around and no one, not even agents or brokers seems to have ever heard of the investment company.

A middle class family does not benefit from the sale of a property to a foreigner, the broker and the real estate agent benefit from the sale. The county collects the taxes on the property. Some may argue that the collection of taxes benefits residents, however with the careless purchases made recently by the county, that is certainly an arguable point.

If an average American family wanted to buy a home in today’s market it would take a large cash down payment to get that home. Ocala Post spoke with a local agent who wishes just to be called “she,” and she said, “While the numbers look good on paper it’s actually not that great. I am seeing middle class families trying to purchase homes for $50,000 in not so great neighborhoods and being required to have 30 percent down, that’s $15,000. Families do not have that kind of money in the bank.” She added, “Foreign investors are not even taking out loans, they are coming to Florida with cash and purchasing homes outright. Most of the foreign buyers I have dealt with use brokers, then when the deal is done the buyer returns home and has someone they know that lives in the area watch over the properties. The money in my opinion is not being put back into the local economy, it’s going back to foreign land.”

Ocala post tried to speak with several other real estate agents, but they all said they didn’t have any comments on the situation.

Ocala Post found that many foreign governments will not allow Americans to own land, homes, or businesses in their country, Americans can only rent in many areas. However foreigners come to America and open gas stations, buy up houses, and hotels as they are welcomed with open arms.

One of the largest deals to ever take place in Marion County was the selling of the Kwik King chain many years ago. The chain was owned by an American who sold to a Middle Eastern group, and nearly every American employee was laid off. The group then brought in their own Middle Eastern people to run the stores.

Ocala Post was also told by a CPA that foreign buyers, particularly buyers from India, often skip out on paying taxes on money earned from their investments.

Ocala Post didn’t uncover a huge conspiracy. Everyone knows that real estate is being bought up by India, the issue is within the numbers and how the figures are presented to the public. It is unethical to tell Americans the economy is recovering because real estate sales are up, but neglecting to mention that the homes being sold are not being purchased by locals; it’s misleading to the public.

We want to hear from you. Do you think the U.S. is to lenient when it comes to selling real estate to foreigners? Do you feel selling to foreigners helps the economy?

Leave your comments below.