Gainesville, Florida — The University of Florida released the full police report of the Treon Harris rape accusation; two weeks after a female student accused him of rape and later withdrew the complaint.

According to the report, a female student said to campus police that Harris used his body weight to hold her while she tried to escape and repeatedly protested. According to documents, Harris later texted her, “Don’t tell nobody bout nothing.”

Police interviewed Harris less than 36 hours after the incident, Harris said that he indeed did have sex with the student but denied that he raped her. Harris said he sent the text message because he did not want another woman to find out about the encounter with the female student.

On Wednesday, Florida Gators Coach Will Muschamp told reports that Treon Harris would start against Georgia on November 1st. 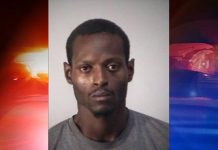 14-year-old girl was passed between men for money

Alleged rapist could have other young victims