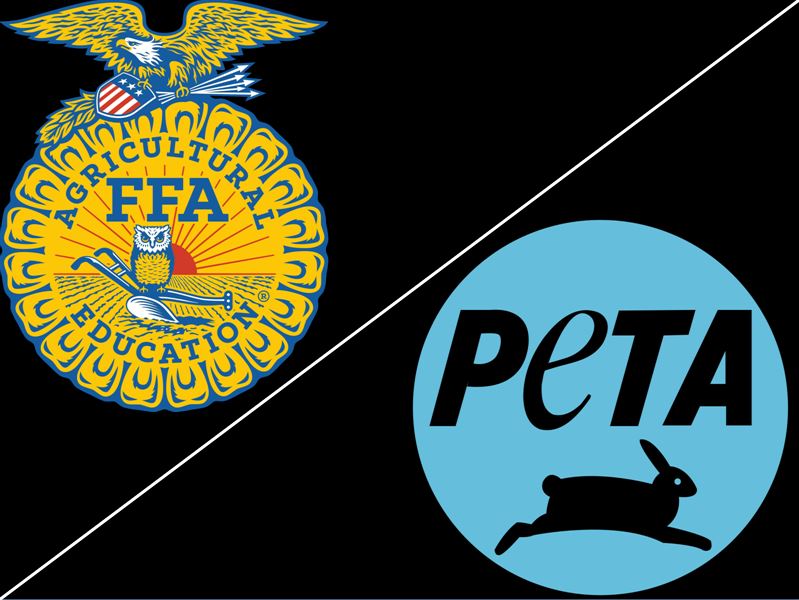 TeachKind, the humane education division of People for the Ethical Treatment of Animals (PETA) based in California, is now using the drowning of two raccoons and an opossum at Forest High School earlier this month to push their agenda.

FHS teacher, Dewie Brewton, was accused of drowning two raccoons and an opossum in an agriculture class.

The incident was made public after a student showed his mother a video of the animals being drowned.

Brewton apparently drowned the animals because they had been killing the class’ chickens. Students said that Brewton referred to the animals as a nuisance.

The graphic video shows students filling up large trash cans with water then submerging the animals while they are in cages. In one clip, the raccoon was thrashing around and tried to come up for air, at which time students used steel poles to push the raccoon under. They also held a water hose over the raccoon’s face.

Brewton turned in his letter of resignation on May 17. On May 25, the State Attorney’s Office announced that they would not be filing animal cruelty charges against Brewton.

Assistant State Attorney Toby Hunt wrote, “This office had just recently gone to trial on an animal cruelty case where a defendant cut the tails off of four kittens with rusty scissors. A jury of his peers found him not guilty. Based on the totality of the circumstances in this case, Mr. Brewton did not intend to torture or torment these nuisance animals; he was simply attempting to protect his class’s school project in an appropriate manner.”

In a letter, PETA wrote:

I’m writing as a fellow educator and on behalf of TeachKind, the humane education division of People for the Ethical Treatment of Animals (PETA), regarding disturbing reports that a Forest High School teacher drowned two raccoons and an opossum he suspected of killing a chicken used in the school’s agricultural science program in front of impressionable students. The blatant lack of empathy and disregard for life demonstrated in this alleged senseless act could desensitize students to violence, and they certainly have no place in a school. We applaud the district’s statement condemning the reported incident and urge you to take a further compassionate step.

In light of that teacher’s retirement, now is the perfect time to implement a commonsense approach to teaching empathy and compassion for all animals. As you may know, the animals in agricultural science (or FFA) programs are typically destined to be sold at auction for slaughter or to be used as “breeders” and likely sent to slaughter later, once they’re no longer profitable. These programs teach teens the dangerous message that it’s acceptable to send animals—whom they’ve likely cared for and bonded with for months—to violent, terrifying deaths at slaughterhouses.

Agricultural programs that use live animals foster callousness toward living beings and force young people to disconnect emotionally from the very animals they are meant to care for, which is extremely harmful. Although the death of the chicken was no doubt upsetting for the students and apparently the teacher involved in this incident, the bird would ultimately have been condemned to a similar fate in the FFA program—albeit at the hands of humans rather than a natural predator.

Through this tragic incident, there is a golden opportunity to teach Forest High School students an important lesson. Given the current focus on the national epidemic of bullying and its often tragic results, it’s both vital and timely that a standard of compassion be set and that students understand that violence toward any living being is wrong. So we’re asking you to remove all animals from your agriculture program and to work with us to implement humane education in your school.

TeachKind is here to help, and we’d love to send you a free anti-violence poster. It encourages students to report cruelty to animals whenever they encounter it—for everyone’s sake—and displaying it in a prominent location could even save a life. Our staff is always available to send free materials, suggest free lesson plans on TeachKind.org, and even host free classroom presentations with your students via Skype. We’re here to assist you in any way that we can in order to ensure that your efforts to teach empathy are successful.

We’ll be following this developing case closely, and we look forward to hearing from you. On behalf of our more than 6.5 million members and supporters worldwide, many of whom proudly reside in Florida, we thank you for your consideration.

On May 24, Superintendent Dr. Heidi Maier responded back to TeachKind.

Thank you for your undated communication received in my office earlier today regarding animals in our high school agri-science programs.

Please know the actions of the previous teacher in Forest High School’s agriculture class were completely unacceptable and appalling. I have stated this from the beginning and will continue to do so: Marion County’s education standards – in fact, Florida’s education standards — do not include activities for the destruction of live animals, nuisance or not.

We are pleased to partner with the Humane Society of Marion County on a brand new initiative involving their impressive mobile unit. This program will help cultivate animal-friendly and supportive behaviors for years to come in the minds of thousands of students. It also fosters positive reading habits to help students improve their literacy skills — a win-win for both the Humane Society of Marion County and our students. We’re excited to kick this new program off immediately, this summer, with some of our elementary students.

I’m also happy to share our high school agriculture classes will continue with live animals. Our programs work and help students understand the importance of agriculture in rural communities, much like Marion County, as evidenced by the numerous Future Farmers of America clubs and activities and hundreds of students involved in the annual Southeastern Youth Fair.

We want to hear from you. Do you feel agricultural science (or FFA) programs should be removed from all schools?